Despite some strong alternatives, Twitch is currently the world’s most popular live online entertainment platform.

This is especially true if it is caused by your geographical region. You probably won’t want to move to another country just to access Twitch.

Feel free to skip this section if you’re not interested in the origin of the error and want a solution.

When Twitch users first started seeing Error 7000 messages, it was unclear why. Speculation could be found on Reddit, but nobody knew exactly what the error code meant.

Some users formulated a theory that the problem might be related to KBS, the national public broadcaster of South Korea.

How is this connected to Twitch? Here’s where things get interesting.

Every Twitch broadcaster builds their channel differently. Some focus on showing entertaining gameplay, while others watch content alongside their community.

Although Twitch is a community-driven platform, it has also become a significant organization as its popularity has increased. As such, Twitch now needs to adhere to laws and restrictions to avoid any legal issues.

To watch these Korean TV shows, you need to either be from Korea or purchase the rights to them. Neither of these applies to the average Twitch user.

Some streamers who wanted to watch Korean shows with their viewers were already aware of this and were okay with it, as most of their audience is from Korea. They would also announce this in advance so their international viewers knew they wouldn’t be able to access the upcoming broadcasts.

What they didn’t know was that doing this once would place a region lock on their channel. This meant viewers from other locations couldn’t watch their broadcasts, even when a different type of content was shown.

This frustrated both the fans and broadcasters. To make matters worse, it doesn’t only happen with Korean-based channels and content!

What’s the solution to this issue?

Virtual Private Networks are familiar to many members of the Twitch community. If you are trying to avoid advertisements on the platform, you might already know how to use a VPN.

The problem described above is related to your geographical location. As such, using a VPN to disguise your signal and make it appear as though it’s coming from Korea or another country is the best solution.

According to this Reddit comment, some VPNs don’t fix the issue, so you might need to try different providers until you find one that allows you to watch region-locked channels on Twitch.

We have a comprehensive guide on PC Strike covering this topic. It should be a big help if you still haven’t decided which VPN is the most suitable for your needs.

Once you choose your VPN, the process is quite straightforward.

It’s that simple. The only problem you might encounter during the process is your chosen VPN does not work on the first attempt.

Browsers that feature a built-in VPN can be a good solution to this problem. However, your experience watching Twitch might not be the smoothest or most enjoyable.

A better solution is to use a VPN, which allows you to adjust your location and has lightning-fast server speeds for various countries.

However, an increasingly popular browser for Twitch has a built-in Twitch player and VPN. This greatly increases your chances of bypassing a region lock. The browser in question is Opera GX.

Many members of the community have been frustrated by Twitch’s decisions regarding region locks. However, such a prominent company needs to be as protected against any legal issues as possible.

By using the two workarounds from this guide, you will be able to bypass the lock and never again have to experience the Twitch 7000 error. 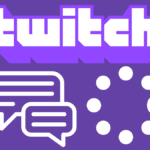