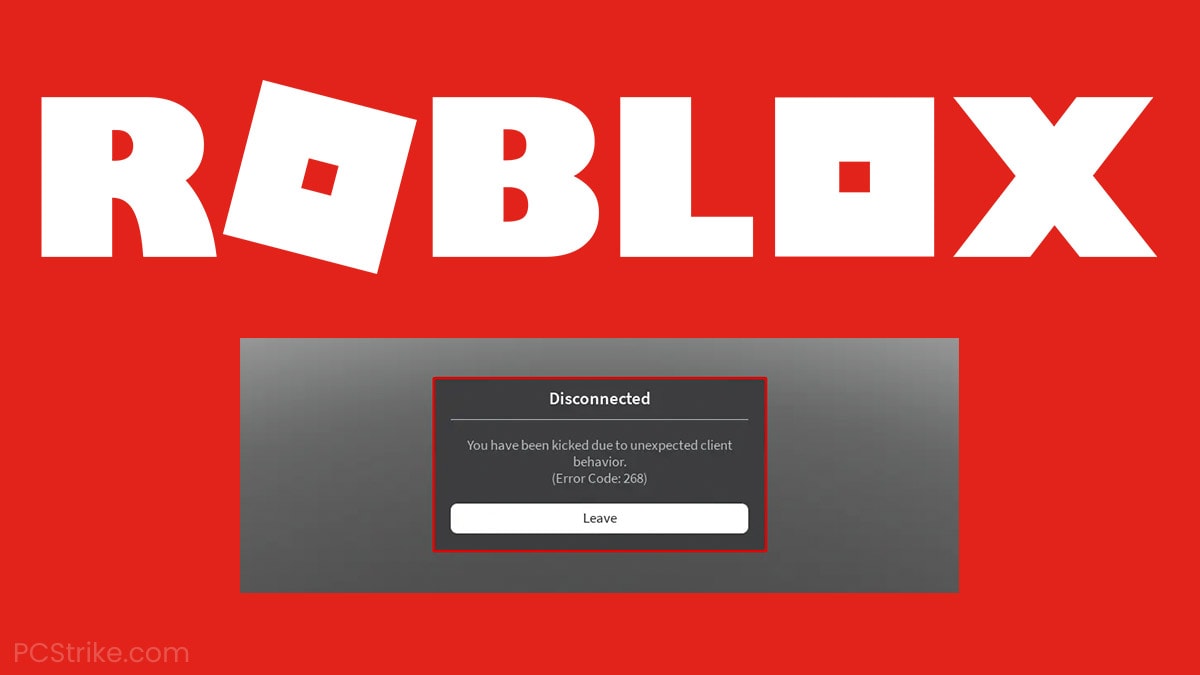 The Roblox 268 error is one of the more “popular” ones amongst the platform’s community, simply because it causes a very “direct” inconvenience, kicking players straight out of the server they’re connected to.

Unlike some other Roblox errors we’ve heard of, this one makes the game unplayable, which requires immediate action from the user.

Thankfully, we know the reasons this Roblox error occurs, and the even better news is, that we’ll help you fix it.

As mentioned in our full list of Roblox errors and solutions, the 268 error is considered an automated measure for a possible violation of the server’s rules.

It results in the user being kicked out of the server, and sometimes even unable to re-join shortly after, or until the problem has been completely solved.

The error messages users reported seeing are the following:

One of the main things you should note about this error is that it doesn’t occur when the server owner or someone authorized to kick you did so, which is what most users often think of upon encountering it.

Instead, it was an automated process by the game itself as a result of detecting unusual behavior on your end.

Often, when a user is manually kicked from the server, they see the 267 Error, instead of the one we’re covering now, which has the 268 code.

With that said, if you keep getting the 268 Roblox error, you need to ensure that:

If you believe none of these things are the case, yet you’re still experiencing the Roblox 268 error, here are some of the things you can do to try and fix it.

Note: On some rarer occasions, users who see the Roblox Error Code 268 are hardware banned from the game. This is the case with individuals who used cheats and exploits, and the only solution to avoid the error in this situation is by hardware spoofing. However, that’s unethical and we do not support cheaters in any way, so we’ll not go further into explaining that matter.

Fix 1: Restart Your Router And Re-Log Into The Game

Some Internet Service Providers allow users to obtain a new IP address upon restarting their router, which is the “trick” we’ll be using to bypass the restriction placed on your account by the server. If you aren’t permanently banned from the server, joining with a new IP will let you connect to it without any issues.

For this, you’ll be required to restart your router and re-log into the game.

You can do that by manually toggling off the power button on your device (the router) and waiting about five minutes before turning it back on. When the internet connection is restored, start Roblox, log out of your account then log back in.

You should now be able to join the server without facing the 268 error code, according to what the users reported.

Flushing the DNS Cache has also been reported to work for this particular error by some Roblox users. Since it’s very easy to do and also healthy for your system, it’s worth trying it as you’ll reap the benefits even if it doesn’t work for the Roblox error.

Here’s how to flush your DNS Cache:

Now, you should re-launch Roblox and try joining the server again. The 268 error shouldn’t show up this time, and you should be able to join the server and play without further issues.

Fix 3: Disable Third-Party Programs That May Interfere With Roblox

Some third-party programs have been confirmed to interfere with Roblox, and other games as well, as they’re detected as hacks or other types of files that aren’t allowed.

This includes software for peripherals from specific brands (such as Bloody), modding/exploiting programs such as Cheat Engine and ArtMoney, and other similar choices.

If you have any of these installed on your computer, it could be the root of the problem, as reported by most users who encountered the same issue and confirmed that uninstalling the above-mentioned programs helped.

It may be a rough decision to uninstall these programs you may be using to mod other games, but it could be the only way to prevent the Roblox server from kicking you out of the game.

If you tried everything in this guide and nothing helped, we recommend reinstalling Roblox as a final solution, as sometimes having unverified game files causes the Roblox servers to believe you are using forbidden mods or hacks, which can be fixed by reinstalling the game and joining the server again with only the original, verified game files.

This has been reported to work by a Reddit user in this specific thread where community members discussed potential solutions for the same problem.

With that said, you now know more about the Roblox 268 error and how to fix it. Hopefully, the methods listed in the guide above will help you as they helped other Roblox players too.

It’s also worth noting that sometimes the 268 error code in Roblox is caused by an issue with the server, and waiting it out is the only viable solution for it. A lot of users confirmed that the same problem was fixed by itself after some time, so keep that in mind as well. 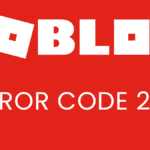