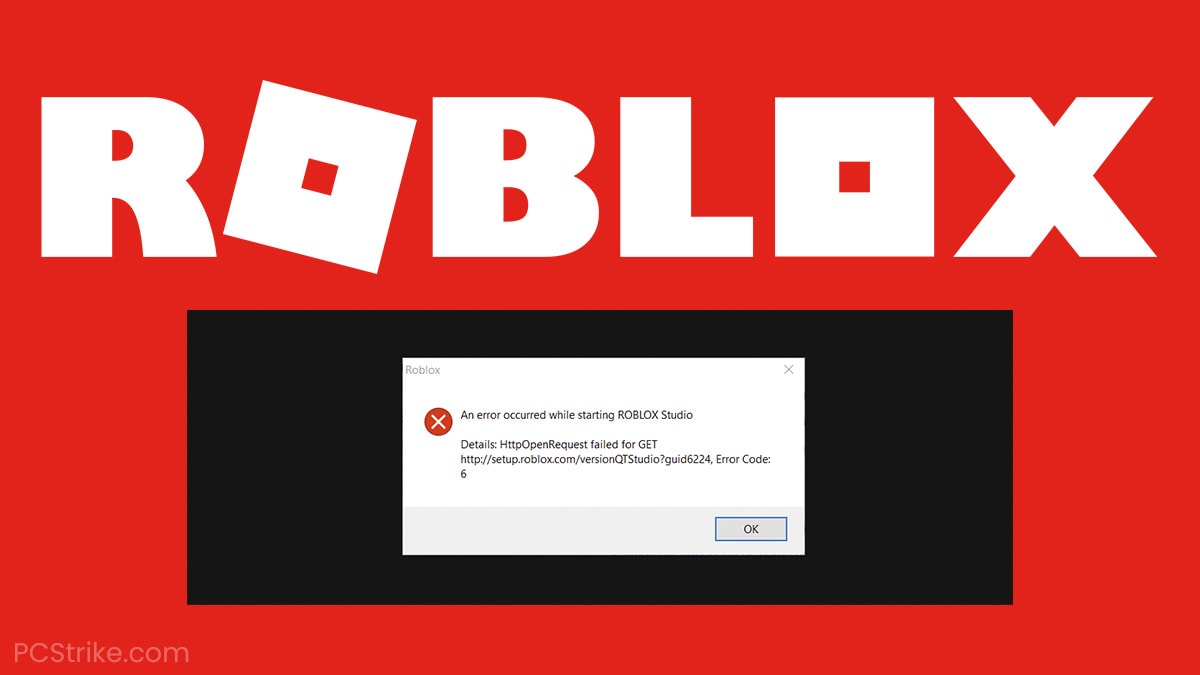 Facing errors, crashes, and other similar problems while playing Roblox is not an uncommon experience. This isn’t because the platform isn’t correctly built but because of its enormous complexity.

Luckily, most of the errors reported by players are getting immediate attention and are usually solved quickly.

In this specific guide, we’ll help you solve Roblox error 6, one that occurs when Roblox’s launcher fails to start the game properly.

If you’ve been dealing with this recently, now’s the right time to learn how to fix it. Let’s get into it.

This error isn’t as common as some of the other Roblox errors, and although that’s a good thing, it’s also a downside at the same time, as there aren’t many solutions available.

However, we do know that the Roblox Error Code 6 occurs when the launcher is unable to start the game properly, either due to a sudden loss of internet connection or an issue related to the lack of administrator rights.

There can be a few other causes as well, although slightly less common. This could be an antivirus software blocking access to the game or a compatibility issue.

When it comes to the error panel itself, it doesn’t explain much and leaves users confused, without a potential clue about what the problem could be.

Thankfully, we know about multiple effective fixes for this problem, and we’ve prepared step-by-step guides for all of them in the sections below. Follow them to fix this problem and get back to playing.

Fix 1: Ensure No Other Roblox Instances Are Running

One of the main things that make Roblox unable to launch is the game not being fully closed and one or more instances of it running in the background while you’re trying to launch it anew.

This can happen in multiple scenarios, such as a slower computer not fully quitting the game before the user attempts to relaunch it or a background process being stuck due to a bug or an error causing the system to think that the game is still running.

The best way to ensure this isn’t happening is by following the steps below:

Upon ending all the Roblox processes, try starting the game once again. It should now launch properly if the problem was caused by multiple instances running on your PC.

If you find it easier, you can achieve the same result by restarting your PC, as that would automatically end all Roblox instances and processes as well.

We also recommend logging out of your account from any other place you may be logged in from, such as multiple browsers or another computer. If you have automatic login enabled, the game may not be launching because Roblox’s servers detect another instance already running with your account and therefore block the access.

Fix 2: Run Roblox As An Administrator

Some users reported that running the game with administrator privileges was the solution for the Roblox Error Code 6.

This fix is easy to apply and takes just a few clicks, but if you don’t know how to do it, take a look at the steps below as we explain everything in detail.

This should solve the problem, and if it does, you most likely wouldn’t want to have to do this every time you launch the game, which is why we recommend doing the following:

Now the game will always run with administrator privileges when you launch it, which should prevent the Roblox Error 6 from appearing.

Multiple users reported this as a working fix, and hopefully, it should help you as well.

Sometimes the Roblox Error Code 6 issue appears when there are compatibility issues with the game. The reason the launcher cannot start the game could be because of the user not launching it in compatibility mode, which you’ll solve by enabling Windows Compatibility mode.

Now you can launch the game without seeing the Roblox Error Code 6.

If your firewall mistakes Roblox for a potentially dangerous application, it could block your connection to the authentication server, and you won’t be able to launch the game.

To prevent this from happening, we recommend adding Roblox to your list of firewall exceptions.

You can also add Roblox to the list of trusted apps within your antivirus settings, though we can’t provide the right steps for this method since different users have different antivirus programs installed.

Now you can try relaunching Roblox, and this time it should work if the problem was caused by your firewall blocking access.

Last but not least, we recommend power cycling your router when experiencing the Roblox Error Code 6, as some users reported that a potential connection issue might be causing the launcher to fail.

This makes sense as having an unstable connection or no connection at all means being unable to connect to the Roblox authentication server, therefore, the game fails to launch.

To power cycle your router, follow the steps below:

Now you can try launching Roblox and see if the error persists. The game should launch correctly, as users reported.

With that said, you now know more about the Roblox Error Code 6 and what to do upon encountering it.

It’s a vague problem without much explanation provided in the error panel, but you should be able to fix it by applying the fixes listed in the guide above. 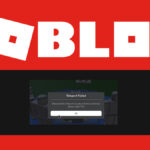