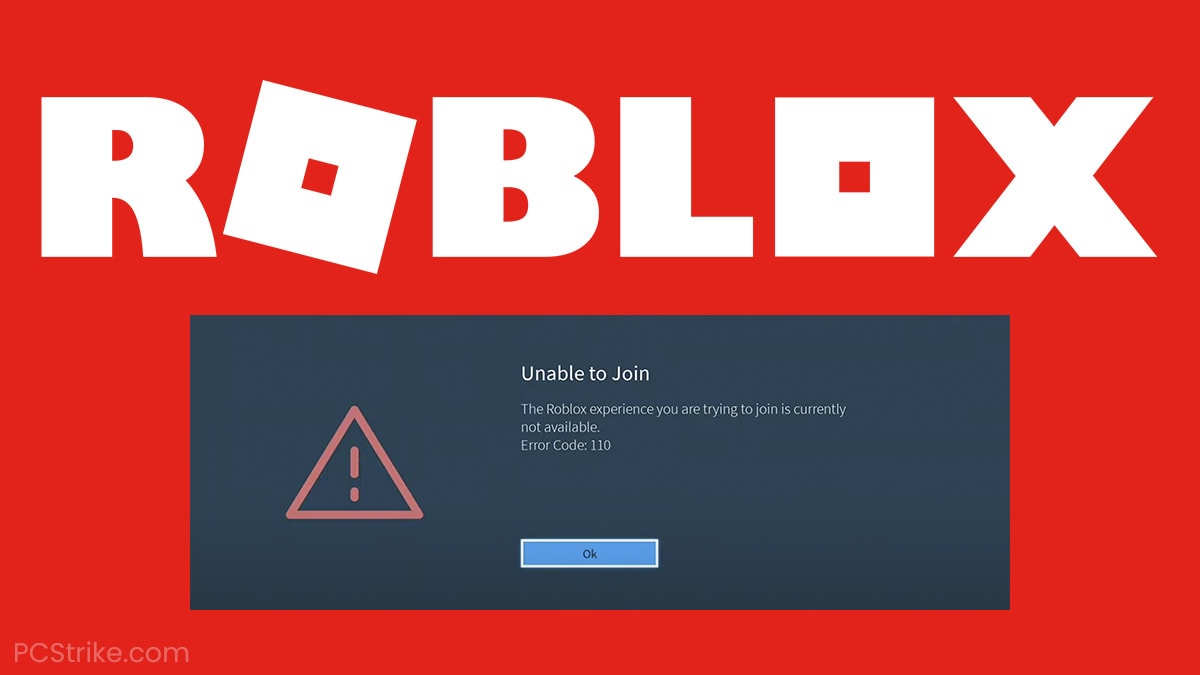 Roblox errors are not uncommon, and almost every user would agree that the most frustrating ones to experience are those preventing you from joining a server.

If you’re currently dealing with the Roblox 110 error that has been reported many times in the community forums, you’ve come to the right place looking for an answer.

This guide has all the information you need about this specific problem, so without further ado, let’s get straight into it.

The 110 Roblox error appears when there’s an issue with the user’s connection to the game server. It appears on Xbox and mostly when players accept invites for a game from another user.

The way the Roblox 110 error manifests is rather confusing since users first see a long delay and an inability to join the server, misleading them into thinking there’s a problem with their connection or the world is too large, so it’s loading slowly.

The error screen comes after the delay, which presents the 110 error.

Users who encounter the 110 Roblox error are unable to continue playing, which is a problem that requires immediate attention.

Although most of the time, this issue is on Roblox’s end (servers under maintenance or sudden outage), there are some situations where the user is experiencing a bug that can be fixed by applying some of the methods listed in the sections below.

Here’s what you should know.

One of the first things you need to do when experiencing the Roblox 110 error is to check the current status of the Roblox servers. As mentioned above, the server can be undergoing a schedule or irregular maintenance, in which case there’s nothing you can do to fix the problem.

The best way to do this is by using Roblox’s official server status page.

If you notice something like the image example below, and it matches the current date, the best solution is to just wait it out.

Roblox server outages are not that uncommon, but as we already mentioned above, they are not always the main reason users encounter this issue.

If Roblox’s servers are fully operational and no problems are reported by the users, yet you’re still getting the 110 error, try some of the things listed in the next sections below.

Fix 2: Restart Your Router And Do A Re-Log

Your Xbox device is connected to a router which is responsible for your connection to the internet. If you have any connection issues that may be causing the error 110 to appear when you’re attempting to join a Roblox server, the best way to start is by restarting the device.

Restarting your router can often help with connection issues, and all you need to do is the following:

Once the lights on the device are on, it means your connection is restored.

After that, we recommend logging out of your Xbox account and then back in. This can potentially solve any authentication issues that might’ve been caused by an expired session or a bug caused by a sudden loss of connection. When you re-log, the session will refresh.

Now you can launch Roblox and see if the error is still there. Hopefully, this method helped you as it did for other Xbox users.

Xbox is known for the content restriction setting, which has an excellent purpose of protecting users from accessing content that isn’t meant for them.

However, this can also cause other issues, such as the inability to play specific games and connect to some servers in Roblox.

Some users reported that disabling the Content Restriction feature on their device helped them get rid of the Roblox 110 error, which is why we recommend trying this method too, if you’re dealing with the same issue.

Here’s a really quick and informative video on how you can turn off content restrictions on an Xbox Series S device.

After setting the option to “unrestricted”, as shown in the video above, you can relaunch Roblox and see if you’re able to join the servers you previously couldn’t.

Hopefully, the problem is now gone.

Sometimes Roblox can get “stacked” with third-party files, unauthorized and untrusted scripts and models, corrupted cache, and a lot more that can cause it to “misbehave” and not run properly.

The best way to fix this problem is by doing a simple game reinstall, which some users reported that it also helped them fix the error 110.

Obviously, this will take the most time compared to every other fix listed in this guide, which is why we recommend doing it only as a last resort.

That covers everything you should know about the 110 Roblox error, which mostly happens on Xbox devices.

Often, it goes away by itself as it can be related to a Roblox server outage, but in some rarer cases, the problem can be caused by a bug on the user’s end. Luckily, the methods listed above were successful for many others, and hopefully, they’ll work for you as well. 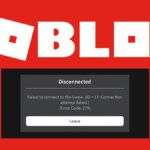