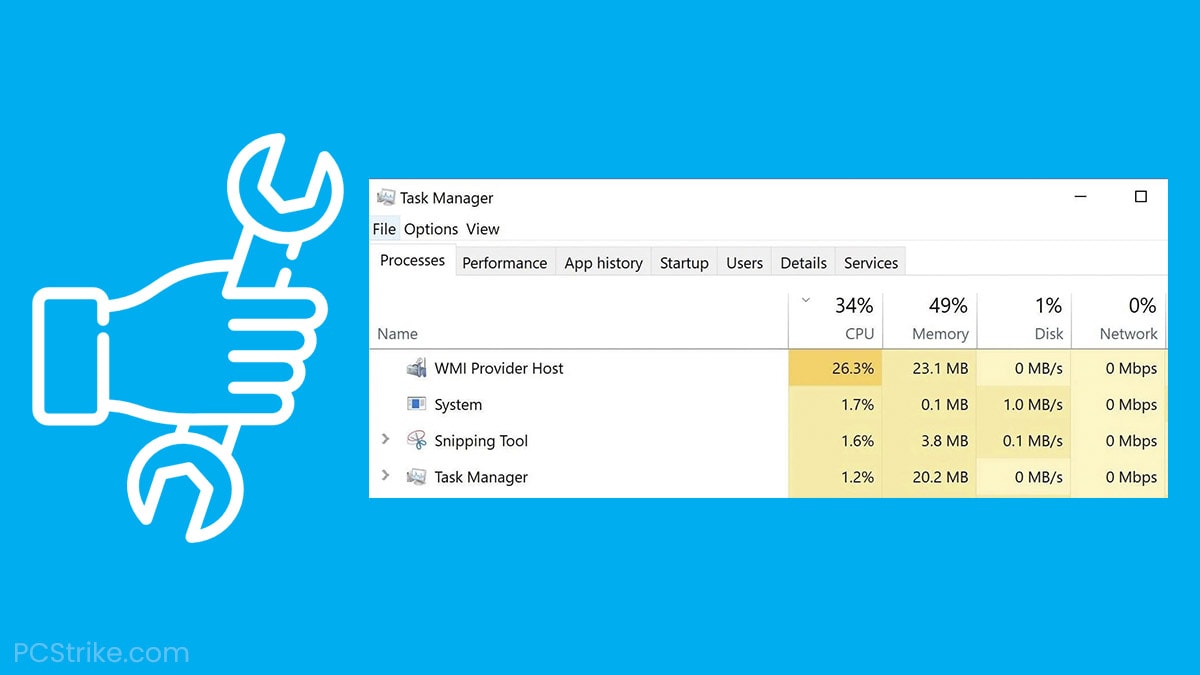 Opening your Task Manager only to find out that a specific process takes up more than eighty percent of your CPU’s resources can be quite surprising, in a negative sense.

Unfortunately, this is what users report about the WMI Provider Host process on Windows.

We answer all of these questions and more in the guide below.

What Does WMI Provider Host Do?

Before getting into the WMI Provider Host high CPU issue, it’s important to understand what this process is and why it is running on your computer in the background.

The abbreviation stands for “Windows Management Instrumentation Provider Service” and refers to a crucial process in the Windows Operating System responsible for the functionality of many applications.

In short, it provides an interface for programs to do different Windows management functions and collects information about the system, such as the CPU model, BIOS version, and more. PowerShell, for example, uses WMI to allow the user to perform specific actions on their system, such as listing network devices and starting/stopping them at need.

We’ll not get too technical as this doesn’t concern the average user, but if you’re curious to learn more, take a look at the Wikipedia page covering WMI and its purpose in detail.

Why Does WMI Provider Host Cause High CPU Usage?

Now, although the WMI service is of great importance for the overall functionality of the Windows OS, it’s not justified that it allocates such a high amount of computer resources to itself while working in the background, practically making the user’s PC unusable.

This has been a known issue for a while and many Windows users reported it on various tech-support websites. There’s even an article by Microsoft on the official website covering it.

The reason this happens can be one of the following two:

So, needless to say, this issue exists and is quite frustrating to experience.

As an average user, you likely don’t care much about the causes, but instead, want to solve this problem and get back to using your PC normally.

Luckily, that’s what we’re here to help you with, so take a look at the following proven methods for fixing the Windows high CPU usage WMI Provider Host issue.

As stated in the official Microsoft article that we mentioned in the section above earlier, one of the causes for the sudden spike in performance demands by the WMI process is due to a memory leak.

Although it isn’t a permanent fix, a very solid workaround is to simply end the process from Task Manager. Some users tried the restart option, but Windows returned a message stating that they don’t have permission to do that.

So, instead, we recommend ending the process, as it’s going to restart on its own afterward anyway.

As we already mentioned, this is more of a workaround rather than a permanent fix, but it’s very easy to do, takes just a few seconds, and can give your computer that much-needed “relief” so you can keep working or try to apply another fix to this problem.

If you don’t like this approach or it doesn’t work for you, try this method as well:

Since this is not a permanent fix, you’ll have to re-do it every time you notice that the performance issue begins to happen again.

When dealing with this issue, many users reported seeing permanent success upon uninstalling some driver-control programs that were interfering with the WMI Provider Host process.

One of the main culprits, as stated in this Reddit thread covering the topic, is the Razer Synapse software. Upon reinstalling it, the user immediately fixed the problem.

However, this doesn’t only happen with Razer Synapse. Many other popular gaming brands have driver-control programs similar to Razer’s Synapse, and they are also known to sometimes interfere with such Windows processes.

This method could be a permanent fix, but it requires a lot of trial and error, meaning you’ll have to uninstall a few programs that you believe could be causing the issue until you find the one that actually does.

This specific Reddit thread contains more information on the approach you could take for the software elimination process when trying to solve this problem.

Another possible fix for this issue is to update Windows to the latest version. Most users dislike Windows updates due to the frequent interface changes and numerous bugs sometimes associated, but they do improve a lot of things and we recommend not neglecting them.

If you aren’t exactly sure how to update Windows 10, take a look at this official article by Microsoft explaining the process step-by-step.

In case you run into any problems, our thorough Windows 10 won’t update guide should be of good use to you.

On top of updating Windows, we also recommend updating all drivers on your computer, as well as your most-used apps. Some users pointed out that having an outdated Chrome version was the cause of the WMI high CPU usage problem.

When the WMI Provider Host CPU usage error is brought up, we often hear users asking the following questions that we’ll gladly answer:

Is the WMI Provider Host a virus?

No, as stated above, the WMI Provider Host is a legitimate Windows process. Despite its high CPU usage under some circumstances, it’s a safe process and doesn’t harm your computer in any way.

What is WMI Provider Host in Task Manager?

If you browsed through the Task Manager panel trying to figure out what’s using so much of your computer’s processing power, you’ve likely noticed the WMI Provider Host process. It’s a safe Windows process that sometimes “drains” your computer of processing power due to various causes that we cover in the guide above.

Do I need WMI Provider Host on my PC?

Yes, your Windows Operating System and many of its features and services depend on the WMI Provider Host process. You need it on your computer for things to run smoothly while you’re using it.

What does WMI Provider Host do?

The WMI Provider Host process on your computer is responsible for providing an interface for programs to do various Windows management functions. You can read more about it in the official Microsoft article covering this topic.

With that said, you now know what the Service Host Windows Management Instrumentation is, what it does, and why it sometimes causes performance issues on some computers.

Although this very important Windows process can sometimes misbehave, it’s still responsible for many functionalities within the Operating System, and you shouldn’t try to get rid of it upon experiencing an issue regarding its functionality, but rather try to address and solve the problem.

Hopefully, the methods listed in the guide above helped you fix the difficulties you experienced. 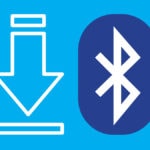