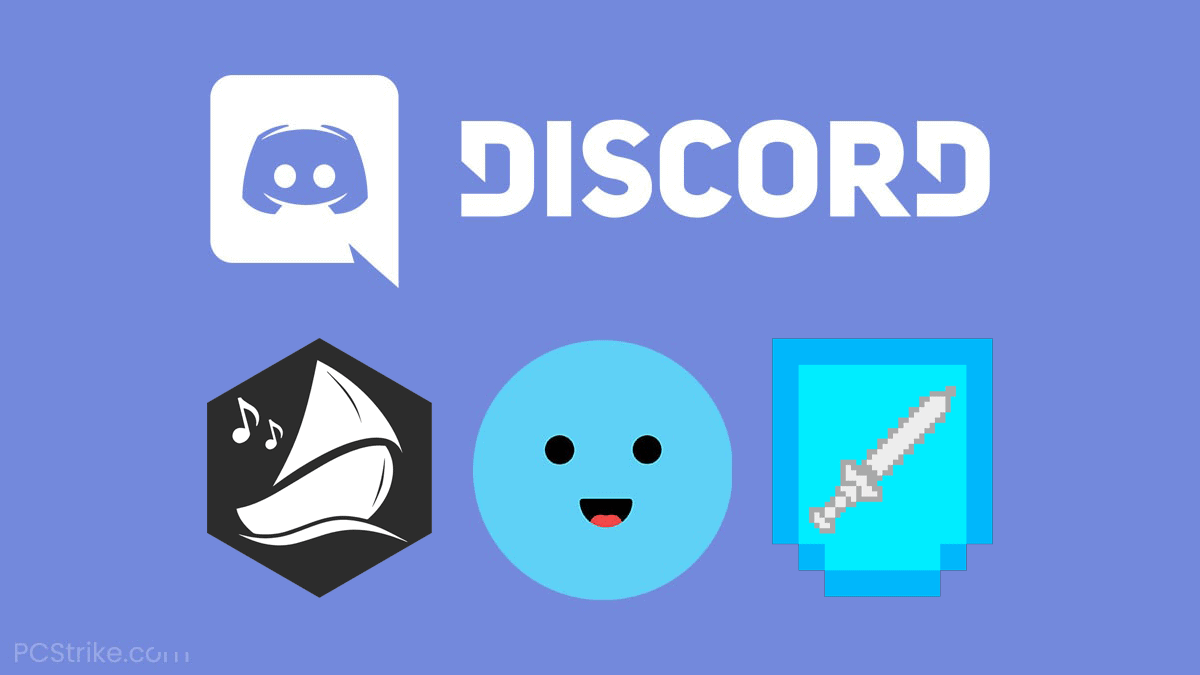 Discord is a great VoIP platform because of its simple UI and numerous features. Moreover, Discord also allows the implementation of custom-made bots, bringing even more functionality to the platform.

These bots include ones that have been created to handle music, server moderation, announcements, patch notes, and much more.

Implementing the appropriate bots can also be essential for the success of a server.

To help you pick the right bots, we have compiled a list of some of the best and most popular Discord bots.

Let’s jump right into it!

The MEE6 bot is a great all-around solution for any Discord server. We recommend it to everyone who wants an intuitive and easy-to-set-up bot. It is especially useful for admins who control smaller communities.

The alerts feature allows you to create a notification system to inform you whenever a specified content creator starts streaming on Twitch or posts on Twitter.

The reaction role feature is also quite useful. It allows server members to select their roles by using Discord reactions. This is a quick and simple way to manage roles.

There is also an option to create custom commands.

MEE6’s advantage is its variety of customization options. However, it’s also possible to leave MEE6 on its default settings if you’re not interested in making any adjustments.

For gaming communities, we recommend utilizing the MEE6 server leveling system. Gamers, more than anyone, love gaining XP, leveling up, and enjoying the new abilities that those levels unlock.

MEE6 can also act as a music bot to make it the best of all worlds.

The best bot isn’t always the one that can do everything. It’s also good to have a few that specialize in certain subjects. Fred Boat, for example, specializes in music, and it is currently the best one for it.

While it cannot play music from Spotify, it can play songs from YouTube (for now), Soundcloud, Bandcamp, and even supports Twitch Livestreams.

With the appropriate commands, music can be easily controlled. To find the list of commands, head to the website or mention Fred Boat on the server.

Another useful feature is the visualized music player on their website. To use it, simply queue a song on Discord, and the bot will immediately respond with a link to the music player.

Finally, Fred Boat is a solid music bot choice because it doesn’t rely solely on YouTube. This means that even if Google blocks the bot from using the YouTube platform, it will still be able to use Soundcloud and Bandcamp.

This is another multipurpose and fully customizable bot, most commonly used for server moderation. Currently, on top.gg (a Discord bot rating website), ProBot is the top-rated moderation bot. There’s a good reason for that.

It has all the features you would expect from such a bot, including auto-moderation, announcements, welcome messages, welcome images, a leveling system similar to MEE6, and it can play music.

ProBot’s interface is also noteworthy. Being able to design your welcome image, use the Embed system, and use the Automod system is far more intuitive than inputting basic commands.

For larger communities, we recommend checking out the server analysis/statistics feature, which can be very useful for overseeing many users. You can check out the number of members joining and leaving, total members, amount of messages, and much more.

This bot is unique among those on this list. Epic RPG is dedicated solely to building a text-based RPG (role-playing game) in a Discord server.

These types of bots can be used to increase the activity in one server. Members can go together into dungeons, find loot, fight PVP, PVE, and more.

There’s even the option of picking a class, leveling up, adding new skills/stats, etc. It is almost like a full-fledged RPG.

If, for any reason, you don’t want to use Fred Boat or if it has been shut down (as happened to Rhythm), a solid alternative is Hydra. Hydra does not support YouTube but does support Spotify playlist links.

Hydra also comes with admin commands so that it can be used for moderation. There is an option to go Premium, but we don’t recommend it as the extra features probably aren’t worth the cost. Even so, it’s good to support these kinds of projects as most of them are completely free.

This is a less-serious bot, great for keeping things fresh and the mood light. Dank Memer is mostly used to post random memes via text, images, or videos.

There are a couple of games available on it, such as connect 4, guess, rock paper scissors, tic tac toe, trivia, and more.

The defining feature of the Dank Memer bot is its global currency system. The idea itself isn’t particularly unique, but it is executed very well. Users can use their balance to purchase items, upgrade their profiles, rob other users, deposit, beg, and much more. This makes for a hilarious text channel experience.

Check out Dank Memer’s command list if you want to see everything you can do with it.

There are hundreds of great bots out there. If you check out some of the many bot ranking websites, you might not know which bot you should add to your server. Naturally, we couldn’t fit all of them into this list, so here are a few honorable mentions.

This article lists some of the most widely used and best bots for Discord. However, that doesn’t mean they will necessarily be the right fit for your server. If you are running a community for a certain niche, we recommend doing some more research to find a bot dedicated to that niche.

On the other hand, if you are running a simple server with a few dozen friends as members, there’s probably little point in setting up a moderation bot such as MEE6 or Dyno. A simple music bot will likely be more than enough to keep things interesting.

How To DM Someone On Discord
Related Topics Tags