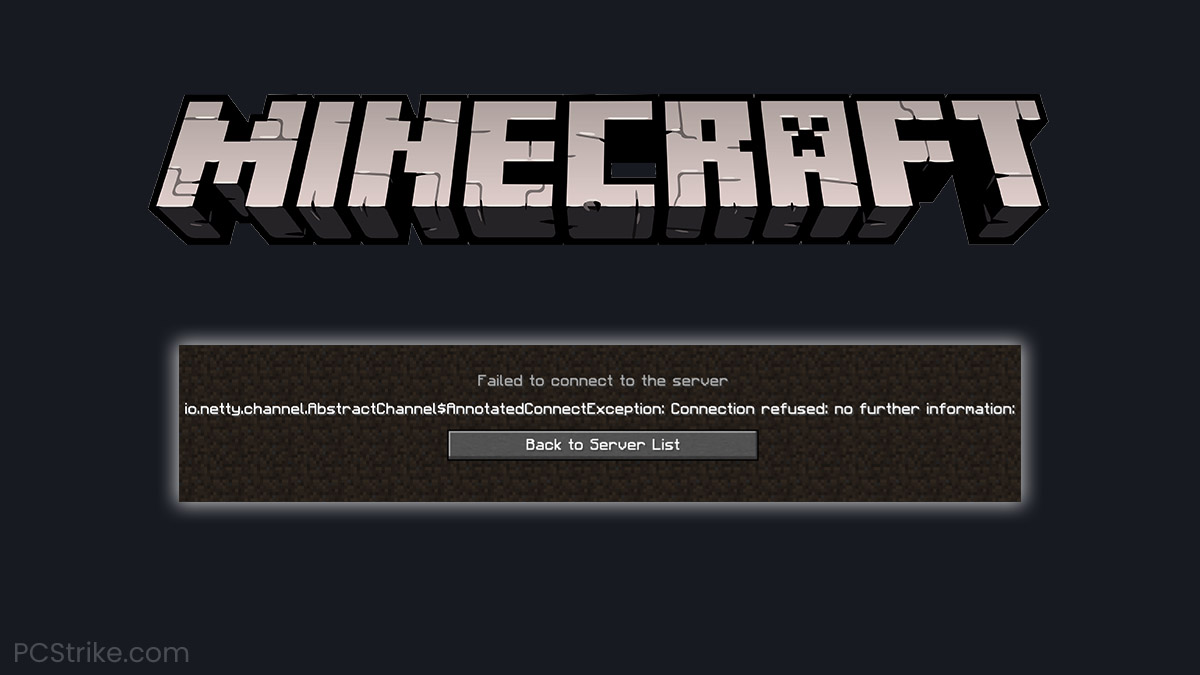 Minecraft connection errors are more common than we think, and that’s quite unfortunate for a game that’s mostly played with friends and on online or LAN worlds.

There are numerous “Failed to connect to the server” types of errors a user can get greeted by when attempting to join a server, one of them being the infamous “io.netty.channel.AbstractChannel$AnnotatedConnectException: Connection refused: no further information” error.

If you are dealing with this specific problem, there’s no room for panic, as we know exactly how to fix it.

With some Minecraft errors, being unable to join a world is a problem specifically “tied” to just one world. However, with this specific issue, the user encountering it cannot connect to any Minecraft world until the issue is gone.

When someone experiencing this error tries to join a world, the following error message is presented on their screen, as shown in the image below.

So far, we haven’t encountered any users who reported seeing a different version of the error screen, which is not unusual for other Minecraft errors.

Little is clear about what exactly causes the io.netty.channel.AbstractChannel$AnnotatedConnectException error in Minecraft, but we know that it’s an IP Connectivity-related issue and the best methods to fix it.

Take a glance at the following sections down below to learn more about solving it.

Fix 1: Add Minecraft To Your Firewall’s List Of Exceptions

Multiple users reported that adding Minecraft to the list of their firewall exceptions helped them overcome the problem with ease.

It makes sense for the Windows firewall to block your Minecraft connection if it mistakes the game for a potentially harmful file, which could be your case too.

To avoid this, add Minecraft as an exception in your firewall settings.

You can do this by following the steps below:

Now, your firewall won’t recognize the game as a potential threat anymore, meaning the connection to the server or world you’re trying to join won’t be blocked.

That means one less reason to worry about the io.netty.channel.AbstractChannel$AnnotatedConnectException error, and since It helped other users, it might help you too.

Another thing we recommend is disabling “aggressive” antivirus programs if you have any of them on your computer, as they are also known to block connections initiated by video games when not configured correctly.

Fix 2: Reset Your Router And Obtain A New IP Address

Since this often seems to be an issue linked to the user’s IP address, many users recommend resetting the router and obtaining a new IP address.

Some routers are configured in a way that resetting them assigns a new IP address to the user’s network automatically, which in turn helps fix the io.netty.channel.AbstractChannel$AnnotatedConnectException problem in Minecraft.

The best way to go through this procedure is by shutting off the router by pressing its power button, then waiting five minutes, and restoring power again.

Once your internet connection is up and running again (it may take a few minutes after the router reboot), you can run Minecraft and see if the problem is still present.

If your settings are already set and configured for a static IP address, you can change it to automatic by following the steps displayed in the official Microsoft guide covering this topic. This way, you’ll likely get a new IP address when your router is restarted, or if your device has a different configuration (depends on the provider), you’ll have to wait for your ISP to issue an “IP reset,” which usually happens once every twelve hours.

You can also contact your ISP (Internet Service Provider) for more information about your IP address, the IP reset process, and everything else regarding your network settings, as well as how to obtain a new IP address whenever you need it.

Fix 3: Enable DHCP On Your Windows

A Reddit user in this specific thread reported that enabling DHCP within their operating system’s settings helped them solve the problem immediately.

Users reported that switching over from static to DHCP immediately cleared the problem for them, which so far seems to be one of the most consistent and reliable solutions, which is also easy to apply.

You can learn more about switching over to DHCP in this official guide by Microsoft covering IP settings and configurations.

Fix 4: Update To The Latest Version Of Java

Users who dealt with the io.netty.channel.AbstractChannel$AnnotatedConnectException reported that updating to the latest version of Java helped them solve the problem.

The same method is recommended in this helpful video covering the same problem, so you can easily update your Java (or install it if it’s not already on your system) by following the steps.

The best way to acquire the Java files is by visiting the official website and navigating to the downloads section.

This fix isn’t network-related, but despite that, it helped a lot of users, and it could work for you as well. Even if it doesn’t, it’s worth trying as there are many benefits to having the latest Java version installed if you regularly play Minecraft whatsoever.

Fix 5: Use A Virtual Private Network

This is another reliable and easy fix for the io.netty.channel.AbstractChannel$AnnotatedConnectException error, and it only requires you to use a VPN (Virtual Private Network) while attempting to join the world.

It was confirmed to work by another user in this specific Reddit thread, and we’re about to break down the process for you.

It’s not the best solution for the problem as it requires the use of a VPN which may have limited traffic (depending on the product and your subscription plan), but if you urgently need to get into a play session and can’t find any other way to overcome the abovementioned error, this is the best way to do it.

In case you don’t have an active VPN subscription or you’re just willing to try the method with a free VPN, we have a detailed guide covering this topic that should help you with your decision.

With that said, you know have a lot more insight when it comes to dealing with the rather confusing io.netty.channel.AbstractChannel$AnnotatedConnectException Minecraft error.

Hopefully, the methods listed above helped you resolve the problem, which was the case with other users from the Minecraft community.

If you still haven’t solved the problem, despite applying all the methods from the guide above, we suggest attempting to connect to the same world using a different internet connection. If that doesn’t work either, then something else other than your network is causing the problem, or maybe it’s a server-side issue about which you, as a regular user, cannot do much unless you happen to be the server owner. 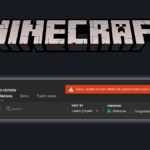