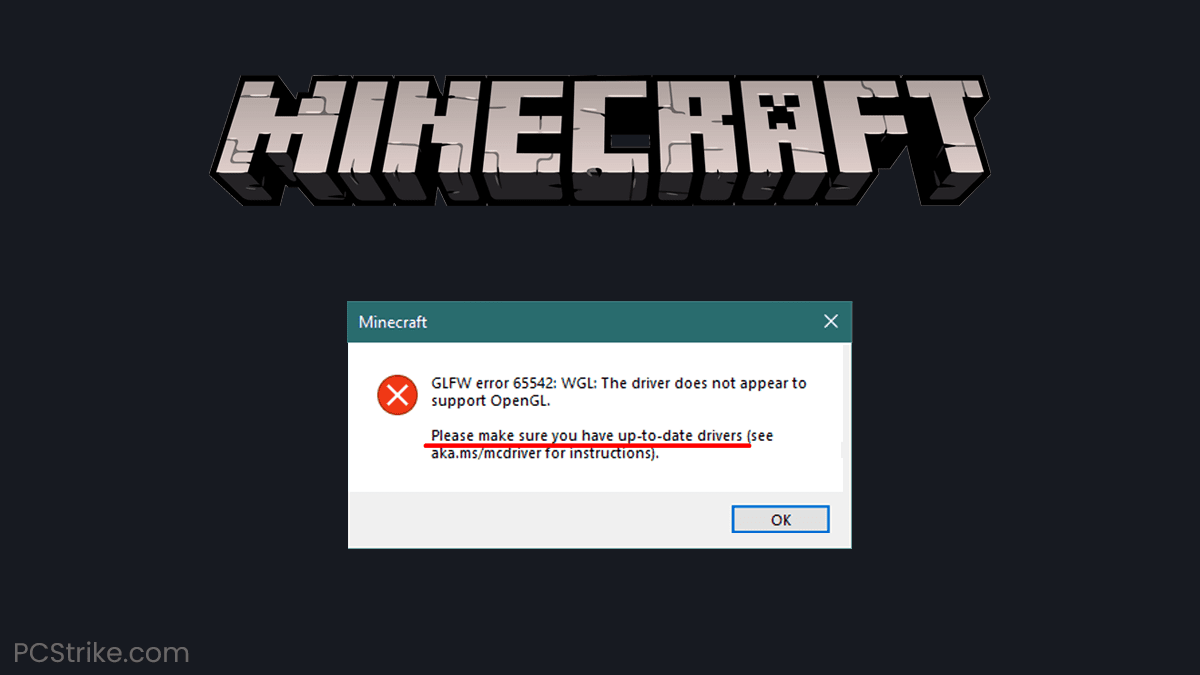 Not being able to launch Minecraft can be a frustrating experience, especially if you don’t know why exactly this is happening.

Unfortunately, this is the reality of most users who come across the Minecraft OpenGL error when starting the game.

Luckily, the methods listed in the guide below will help you overcome this somewhat common Minecraft problem, even if you are not a software expert.

Without further ado, let’s take a look at what you should know.

If you started experiencing the Minecraft OpenGL error (also known as the GLFW error 65542: WGL), there’s no room for panic as it is solvable using simple methods. But, before we begin, let’s take a look at the problem and what causes it.

When it comes to this error, there are a few different messages you may encounter along with it while launching the game.

The error can also show up as an in-game chat message, as shown in the image below and reported by a Reddit user in this thread.

Most of the time, users who reported this error were playing a heavily modded version of the game, so if you have active mods at the moment, chances are they’re causing the issue, so we recommend disabling them.

With that said, this error can either result in you being unable to start the game or constantly receiving spammy messages in the chat accompanied with visual glitches if you do manage to play in the first place.

Luckily, we’ll show you how to fix it in a few easy steps.

Note: Before we begin, take a look at this video that may help you solve the problem right away. It’s the most common fix for the OpenGL error, but unfortunately, it doesn’t work for every user.

Although shaders can make your game look more aesthetic and enjoyable, installing a bunch of them in Minecraft can often be a problem.

That is because shaders conflict with the modules of other mods, and it’s rare to find someone who plays Minecraft passionately without them.

With that said, we recommend disabling your shaders one by one until you notice the problem is gone. If you are unable to access the game, uninstalling or deleting the shaders from the folder in which they’re installed is what you’ll have to do.

Note: You can temporarily move the shaders to a different folder instead of removing them so that you can use them later on if the problem seems to be something else.

OptiFine is another tool that’s often used by Minecraft enthusiasts, but unfortunately, using an outdated version of it is known to cause the Minecraft OpenGL error.

This tool allows users to optimize the game’s performance and visuals, so it’s easily understandable why it’s so popular amongst the Minecraft community. OptiFine also allows support for specific Minecraft shaders, which further encourages users to do what we suggested might be the problem in the previous method above.

You can read more about OptiFine on the official Minecraft forum in this particular thread.

Updating OptiFine is something that helped a lot of users get rid of the Minecraft OpenGL problem, and since it’s so easy to do, we recommend doing it without hesitation.

You can download the latest OptiFine version from their official website. Upon installing it, we recommend restarting your PC before launching the game again.

Note: If you believe you’re experiencing Minecraft problems due to something related to OptiFine, we recommend reaching out to the OptiFine community on Reddit, where users often help each other with various issues related to this commonly-used tool.

As shown in one of the error messages related to this problem, updating your graphics card drivers is a viable fix that often works.

See the image below.

Having up-to-date graphics card drivers is strongly recommended even if you aren’t experiencing any errors with Minecraft or any other video game. The latest GPU driver releases provide bug fixes, better in-game performance, and a lot more, so it’s not smart to miss out on all these benefits.

Updating your graphics card drivers is easy and doesn’t take much time. If you have the right software installed, such as GeForce experience for Nvidia users, the process is fully automated.

If you aren’t sure how to update your graphics card drivers because you haven’t done it before, feel free to take a look at the informative video down below that will guide you through the entire process with ease.

After updating your drivers, we recommend restarting your computer and launching Minecraft again. The problem should no longer be there if it was caused by outdated drivers in the first place.

If you seem stuck and you wish to start all over again, reinstalling Minecraft can give you that opportunity while also possibly solving the problem right away.

Corrupt mod files, shaders, or any other files you could possibly have installed in your game’s main directory can all be the cause of the OpenGL error.

Luckily, reinstalling the game will wipe out all potentially problematic files and allow you to start from the beginning.

This method is the most “extreme” one, but it will save you a lot of time if your game is already full of shaders and mods.

Upon reinstalling a clean version of the game, you can install your shaders and mods one by one until you run into the error. Then you’ll know what causes it and skip installing those files.

The OpenGL Minecraft error can be tricky to deal with, given it can be caused by many different things. The most problematic aspect of dealing with this error is having to troubleshoot thoroughly. But, once you find out the cause, solving it is easy.

Often, the cause is an excessive amount of installed mods and shaders, some of which could be corrupt or outdated game-altering tools, such as OptiFine. 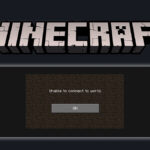