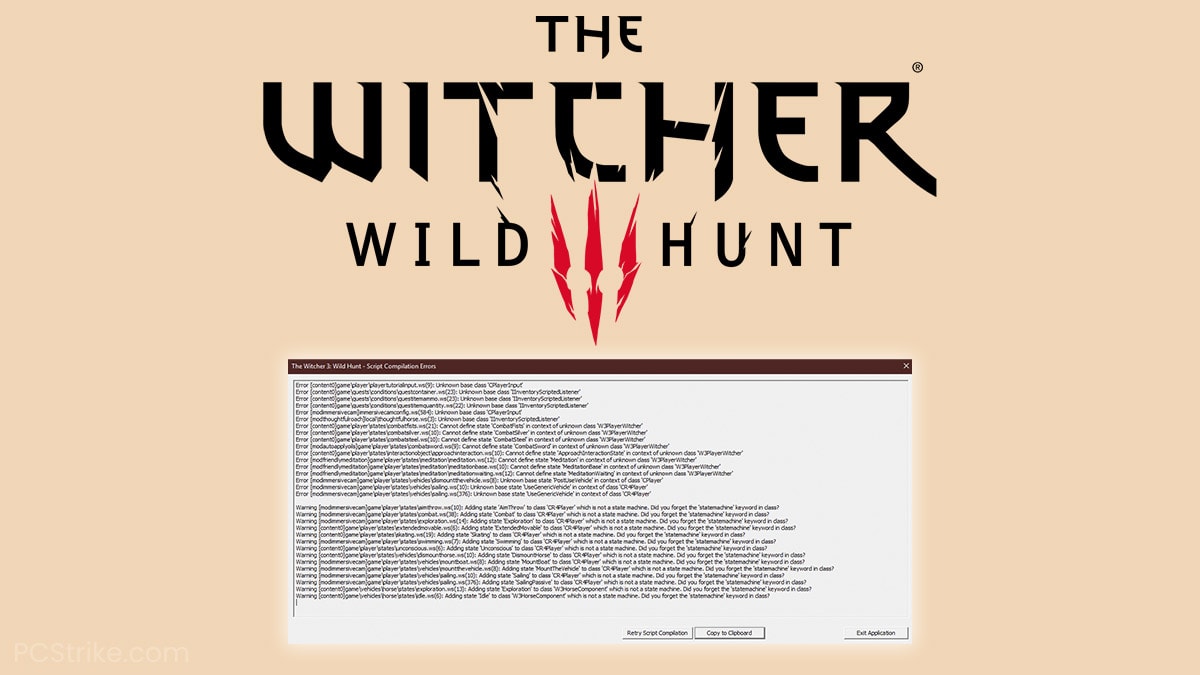 Despite being considered one of the best games ever made, The Witcher 3 is far from a bug-free product. But, given its complexity, this game is expected to show some flaws every once in a while, especially when the user installs a bunch of mods.

One of the more commonly-reported problems amongst the Witcher 3 community is the Script Compilation Error, mainly caused by incorrectly installed mods and incompatible mod versions.

If you’re dealing with this issue, you’ve come to the right place. The guide below has all the answers you need to solve this one for good.

Modding games such as The Witcher 3 is a difficult temptation to resist, which is why a large majority of the player base does exactly that after some time of playing.

However, although mods can make the game more enjoyable, they often come at a price, and that’s causing the game to be slightly more unstable.

These are third-party files that aren’t meant to work with the already-existing game files that are created by users who aren’t necessarily developers. On top of that, mods are not always compatible with the latest version of the game, therefore, they can cause crashes and other similar issues.

This is also the case with the Witcher 3 Script Compilation Error, which ultimately prevents the user who experiences it from launching the game and resulting in a crash.

As seen in the image above, the error panel looks a bit frightening, and it’s not easy to understand for someone who isn’t tech-savvy, but the good news is, we will show you how to fix it.

Some users have the “regular” version of The Witcher 3 game, also known as the “non-GOTY version,” which means they bought and installed it before the “GOTY” or “Game of the Year version’ got released.

To simplify, these two game versions have a bunch of files that aren’t exactly similar, and so when it comes to modding, the same mod needs to be different for the GOTY version and the non-GOTY version.

Unfortunately, not only would this be too difficult for the mod-creators to do, but it’s also impractical and could lead to further problems down the road.

This is why the Unification Patch exists, and you can download it from the official Nexus Mods website.

What this patch does is it makes both versions (GOTY and non-GOTY) identical, containing only official scripts and fixes available to the users of the GOTY version.

As stated in the official mod description section: “The Unification Patch makes both game versions identical, allows mod makers to release a single version of their mods, and saves mod users from mod version/game version conflicts.“

Now, to install this patch, all you have to do is follow the steps below:

Now your game files are identical to the ones in the Witcher 3 Game of The Year version, and therefore all mods that support this version of the game should now work for you as well.

For more information, make sure to read the entire official page for the Unification Patch here.

The Witcher 3 Script Merger tool exists for a very good reason, and that’s to provide users with an efficient solution for possible problems that might occur during excessive modding.

This tool might be required even while applying the Unification Patch method listed above, so it’s best to learn how to do it, especially if you plan to install a lot of mods in the future.

The helpful video down below will show you how to use this tool step-by-step, and once you go through the process once or twice, you’ll know how to do it on your own whenever you need it again.

If that wasn’t helpful enough, there is another video tutorial for using the Script Merger Tool listed on the official Nexus Mods site. Make sure to watch it in high video quality so you can read everything presented on the screen.

This should help you resolve most issues with any Witcher 3 mods you might encounter.

Unfortunately, some Witcher 3 mods are incompatible with each other, which means you’ll have to remove them to restore your access to the game. This is usually the last resort if the Unification Patch and the Script Merger tools don’t make the mods work.

However, if you just recently installed a large list of mods, you’ll have to start from the beginning and disable them one by one until you find which one is causing the game to crash.

Once you find which mod is problematic, you can either try searching for a version of it that’s compatible with your currently-installed game files or uninstall it all together so that you can play the game once more with your other mods installed.

This was suggested by a Reddit user in this specific thread covering the same topic.

With that said, you now know three methods to deal with the infamous Witcher 3 Script Compilation Error. Hopefully, all the methods listed in this guide will help you get your game files to the point where you enjoy playing the game for hours.

As always, make sure to download third-party files only from trusted sources. 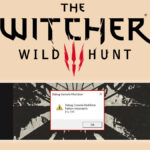