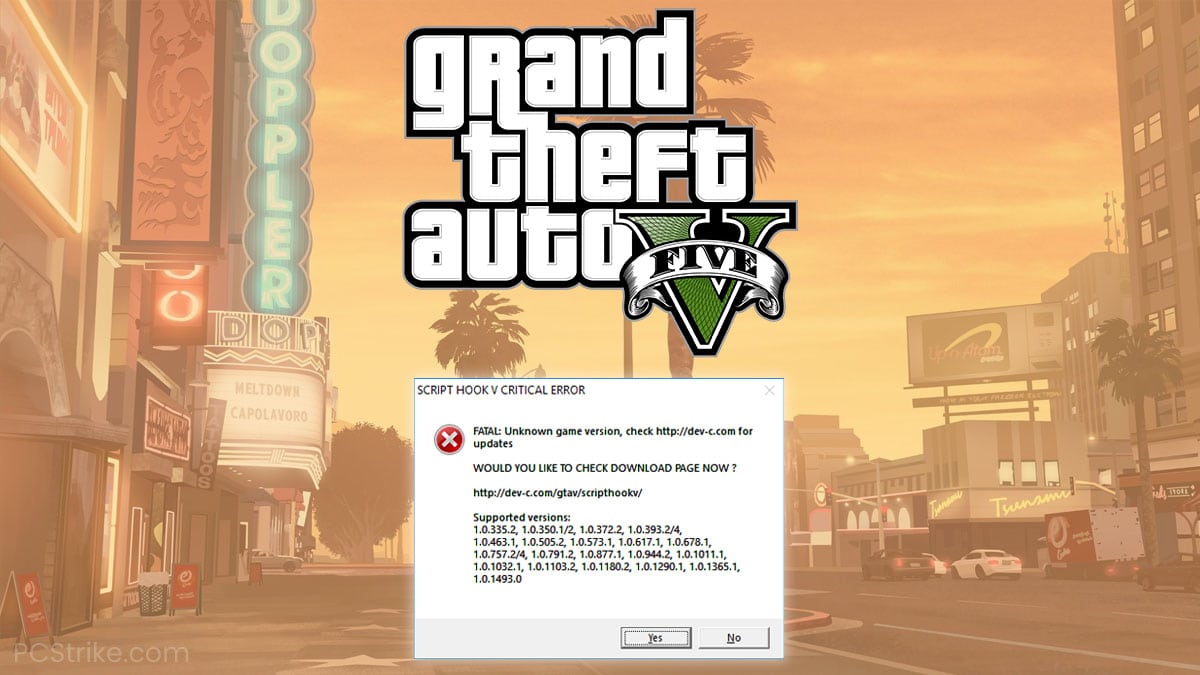 If you are a passionate gamer, you’re more than likely familiar with Grand Theft Auto, one of the most popular video game series in the world.

Both the single-player and multiplayer game modes in GTA 5 offer endless hours of fun, but this can often be interrupted by unexpected errors, which can be difficult to deal with unless you know the problem’s origin.

One of the errors you can encounter while playing GTA is the Script Hook V Critical Error, which we cover thoroughly in this guide.

Here’s what you need to know.

Based on our research and what has been said by users who dealt with the problem, the Script Hook V Critical Error appears shortly after the game has been updated.

Script Hook V is a library that allows you to use GTA 5 script native functions in custom ASI plugins, as stated on the official product website.

The developers of the Script Hook V library modify the files to work with the current version of GTA 5. This means when the game receives an update, the library also needs to be updated. Otherwise, it will make your game crash, and you will see the Critical Error message.

In some rare cases, the reason your game crashes with the same error message is that the anti-cheat software detects Script Hook V and marks it as a potential cheat. This prevents the game from running on your system, as it believes you are using software to gain an unfair advantage.

Also, pay attention if the script hook closes the game when you’re trying to launch it in multiplayer mode, as this might be one of the reasons it’s crashing.

As much as users dislike hearing this, the best solution to overcome the Script Hook V Critical Error in GTA 5 is usually to simply wait for an update. This isn’t the only solution to the problem, but it is the one that requires the least effort and is safest to do.

Based on previous experiences, a Script Hook V update usually arrives a week or two after GTA 5 receives an update. That isn’t a particularly long time to wait, but if you want to play immediately, the following method will show you how.

Fix 2: Revert To An Old Version Of The Game

If you recently updated GTA 5, you will likely receive the Script Hook V Critical Error. You can fix this by reverting to the previous version of the game.

The video below will show you how to downgrade your GTA version.

Note: If you revert by more versions than you should, the problem will remain as your Script Hook V version will still not be a match for the game version you have installed.

If you’re confident that the most recent update is causing the issue, you can revert by one version, and the game should work.

However, keep in mind that launching the game will start the automatic update checker, so you need to follow the steps in the video below as a workaround for this.

The Script Hook V Critical Error in GTA 5 can cause a lot of frustration, but the problem is easily resolved by installing the latest Script Hook update, as mentioned in the first method above.

We recommend not updating GTA until the Script Hook V update has also been released so you can avoid wasting time reverting to previous game versions.