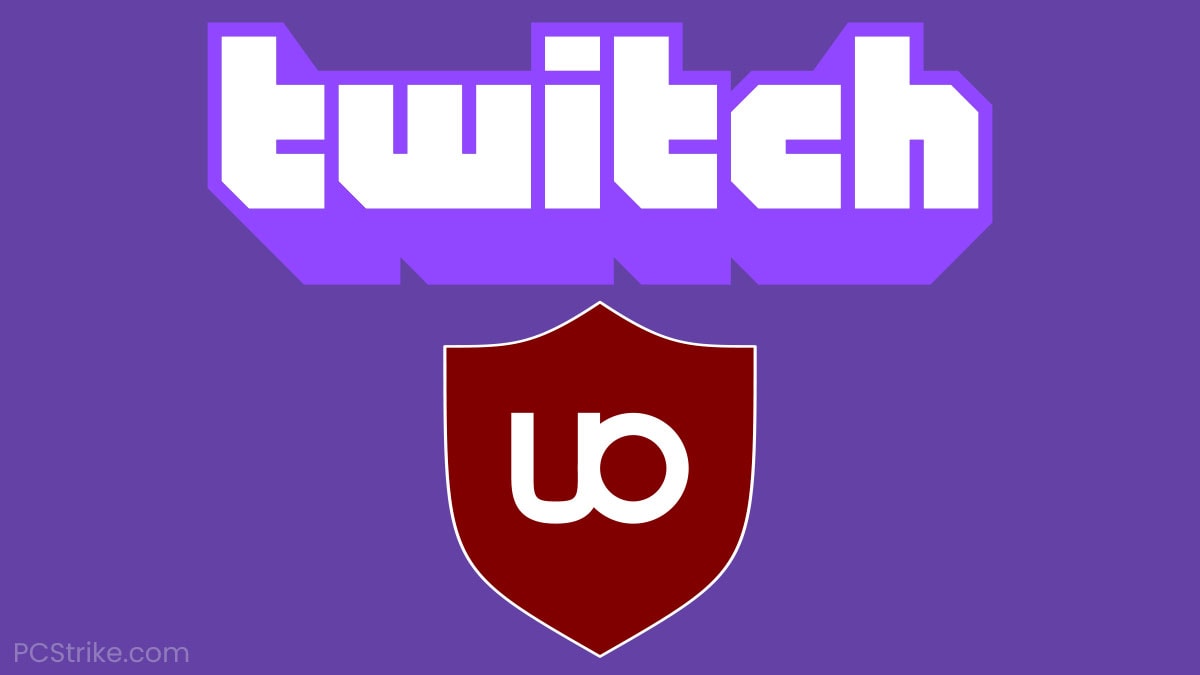 Most internet users accept advertisements as an important way of supporting creators.

However, there are moments when ads are served in an “intrusive” way and negatively impact browsing, or in the case of Twitch, the overall watching experience.

This is when users rely on their Ad Blockers to protect them from the ads.

Amongst the best and most popular ad blockers out there is, without a doubt, uBlock Origin.

Other options are available as well, but when it comes to simplicity, effectiveness, transparency, and constant improvement, this product is the winner in the eyes of millions of users, including ours.

However, in the constant battle between ad providers and users, ad blockers aren’t the only “force” evolving.

Platforms such as Twitch are constantly coming up with new methods to display ads to their viewers, and it seems they have the upper hand lately.

Every once in a while, mostly after a new update to Twitch’s advertisement algorithm, uBlock Origin fails to entirely prevent ads from showing on viewers’ screens.

When this happens, many users are disappointed by the outcome, so they begin searching for a potential fix or at least a workaround.

Luckily, we have multiple solutions for this problem, so keep reading to learn how to block Twitch ads with uBlock Origin again!

Related:Fix: AdBlock Not Working On Twitch

Why Did uBlock Origin Stop Working On Twitch?

The issue isn’t that uBlock Origin stopped working or has become less effective.

Instead, Twitch developers devised new methods of displaying ads, which become effective immediately regardless of whether or not the user has an active ad blocker on their browser.

The uBlock Origin developers need time to work on updates to address these changes, meaning users might see ads during this period, which is frustrating and can sometimes last for weeks.

Our guide will help you find alternative solutions for periods during which uBlock Origin is just not enough to provide an ad-free experience on Twitch, so check out the following sections below to learn more.

Currently, the best way to stay up-to-date with the latest Twitch ad-blocking methods is by bookmarking the TwitchAdSolutions GitHub repository.

In the repository, you will find a few different methods for eliminating ads on Twitch, such as scripts, proxies, Chrome extensions, and more.

The majority of the files listed in the repository are open-source, and the code is available for anyone to see or modify, meaning you don’t need to worry about downloading something that could potentially harm your computer.

The repository is regularly updated, so it’s best to bookmark and occasionally check it for new solutions/fixes whenever you start seeing Twitch ads again.

TTV LOL is a free extension available for both Chrome and Firefox, two of the most popular browsers compatible with Twitch.

It’s very easy to install with just a click of a button through either one of the browsers mentioned above’ extension stores and can block advertisements without compromising video quality, as well as prevent the infamous “Purple Screen of Death” on Twitch.

TTV LOL has a dedicated GitHub repository where you can check for the latest changes and updates published by the developer.

Please note that although this extension is regularly updated, what we mentioned about uBlock Origin’s constant battle with Twitch’s ad algorithm applies to it as well. This means that when Twitch comes up with a new way of displaying ads, TTV LOL may not work properly until it receives an update.

During such downtimes, we suggest looking into a different solution until an update to this extension resolves the issue.

As stated in the TwitchAdSolutions Github Repository mentioned above, there are more efficient ways to prevent ads on Twitch than using scripts.

However, if using a proxy (such as the TTV LOL extension mentioned above) doesn’t work, you can try this method instead.

Here’s how to apply a script in uBlock Origin:

You’ve now successfully added a script in your uBlock Origin extension that will help you avoid advertisements on Twitch.

If you wish to revert this change, simply do what you did back in step #5 and remove the script’s URL, changing back the value to unset, as it originally was, and remove the filter you added during step #3.

Fix 3: Use A VPN To Avoid Advertisements on Twitch

VPNs (Virtual Private Networks) can be extremely useful, and they can also help you avoid ads. Using a VPN to set your location in a country where Twitch ads aren’t displayed allows you to completely avoid them.

If you don’t have a VPN subscription and free trial plans don’t offer sufficient bandwidth, it’s best to subscribe to a premium VPN plan. If you aren’t sure which one to choose due to the seemingly endless options available, our detailed VPN product review article should help you decide.

Sometimes, especially in the days immediately after Twitch updates its ads, watching streams can be unbearable. Seeing pre-roll ads and then further ads during a stream can be very frustrating, which is why many users settle for simply watching the VOD (Video on Demand) later.

This can be disappointing when trying to enjoy an eSport match or a Livestream from an important event, such as E3. When it comes to less “urgent” streams, you can always try watching the VODs instead.

One advantage of watching VODs is that you can rewind and skip ahead if you want to, which isn’t possible during a live stream.

Fix 5: Subscribe To Twitch Turbo To Remove (Most) Ads

Subscribing to Twitch Turbo or using a VPN to avoid ads are both methods that cost money.

If you opt for a method that costs money, consider the price of the VPN you’re looking at in comparison to the cost of Twitch Turbo, which is $8.99/mo.

A Twitch Turbo subscription also includes many other benefits, improving your overall experience while using the platform.

Unfortunately, not even this solution will remove every ad. Here’s what Twitch has to say on the subject:

“Watching with Turbo means no pre-rolls, no mid-rolls, no companions, and no display ads. You may still be presented promotions and ads that are embedded into a broadcast or, in rare situations, delivered with certain simulcast content.”

Keep this in mind before purchasing a Twitch Turbo subscription.

Fix 6: Use Twitch Alternatives If Ads Are An Unsolvable Problem

Alternatives to Twitch are slowly becoming increasingly popular. When a platform achieves the level of popularity that Twitch has in the past few years, there will always be some users who dislike particular aspects of it.

You might not be able to watch your favorite Twitch streamers on these platforms, but you may be able to enjoy other content without ads interrupting your viewing.

Many users are unhappy with Twitch’s ads and their frequency. Thankfully, independent developers are constantly endeavoring to create new extensions and scripts to prevent ads from displaying.

However, Twitch is aware of the situation and constantly changes the way ads are shown to users, meaning some methods that worked before could stop working in the near future. We will keep you posted with any changes you need to know about. 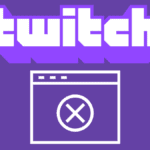 Fix: Your Browser Does Not Support Playback Of This Video (Twitch Error 6000)
Related Topics Tags