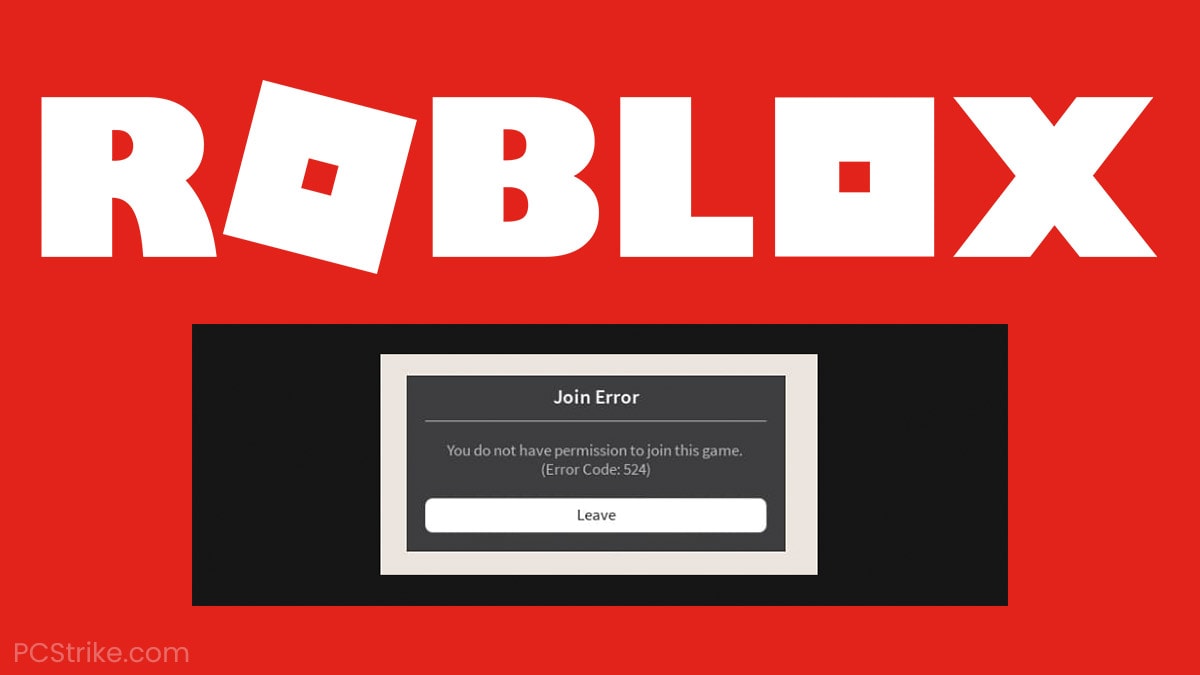 Out of the many Roblox errors known to the community, the 524 one is probably the easiest to understand and fix. However, that doesn’t make it any less frustrating to experience when it does occur on the user’s screen.

In this guide, we’ll be helping you understand the reason behind the Roblox 524 error, as well as show you the most efficient methods to get rid of it quickly and without spending too much time.

Eager to learn more? Let’s dive into it.

So when it comes to the 524 Roblox error, there are a few very important things to point out.

The first one is that users may see one of the two different error screens, and although they have a different message, the code is the same and refers to the exact same error.

The second thing is that it’s not always caused by what the error screen states, which is a lack of permission to join a specific game or server.

Let’s get more detailed so you can fully understand the 524 Roblox error.

Note: If you’re just looking for the fixes, feel free to skip this section.

As we already mentioned in our comprehensive guide containing the full list of Roblox errors, the main reason the 524 code exists is to notify the user they do not have permission to join their server of choice.

This can be displayed via two different error screens, and the message shown in the error panel can also be one of the following two:

For a more visual representation, you can take a look at both examples shown in the two images down below.

Now, although this can sometimes be a legitimate error shown to a user that does indeed lack the permissions to join the specific game or server, most of the time, it’s unfortunately not the case.

Users report having the required rights to join the server, yet they can’t due to this error.

So, what needs to be done in this case?

Take a look below.

Although it doesn’t make much sense at first, it’s worth noting that many users reported encountering the 524 error after experiencing an issue with their internet connection while playing.

A user said they played for days on the same server, and after their connection dropped while connected to it, the next time they tried joining, they got the 524 error.

This is most likely something that made the server think that the user got disconnected due to a lack of privileges, and then it keeps preventing the player from joining once again.

Fortunately, there’s been a success in fixing this bug by flushing the DNS and restarting the router.

Here’s how you can do that:

This means you’ve now successfully flushed your DNS. What we recommend next is rebooting your router and your computer while you’re at it.

To do this, press the power button on your router and wait until the lights go off. Then, wait for about five minutes and turn the power back on. You can restart your computer in the meanwhile.

When the lights on your router are on again and your connection is back, launch Roblox and try logging in to the server you previously couldn’t join due to the 524 error.

The problem should now be fixed.

Another solution reported by Roblox users is disabling your VPN.

Some players use a VPN when playing Roblox, and although that’s often a good thing for privacy, it can also cause a few bugs and errors every once in a while.

The fix here is simple, as all you have to do is disable the VPN, at least temporarily, until you get to join the server. Then, if it doesn’t kick you out immediately after turning it on, you can keep playing with the VPN.

If it does disconnect you, then you’ll have to find another server or accept that playing with a VPN is sometimes impossible when dealing with the 524 Roblox error.

Fix 3: Ensure You Have The Rights To Join The Server

Sometimes the 524 Roblox error is not mistaken, and the user may indeed lack the privileges to join the server.

One of the easiest fixes for this is to ask for an invitation for that server from a VIP member. Another great “trick” is to ensure that the information panel in your Roblox account doesn’t state that you’re an underage player, as that could be another reason why you’re getting kicked from the server with a message that you don’t have permission to join it.

Some Roblox games require the player to be over a specific age border so that they can join and play.

Being the oldest fix in the book, reinstalling the game surely does help in specific cases, and dealing with the 524 Roblox error is not an exception.

Even the users who reported this to be a working solution were surprised by it, as nobody expected this to be an issue related to the game’s files but instead an issue with the server and the user’s rights and privileges to join it.

Our theory is that some players can have unauthorized or “flagged” third-party files that are not allowed by the server, and although that’s what the Roblox 272 error is for, apparently, doing a fresh install of the game helps.

That concludes everything you need to know about the 524 error as a Roblox user. Although the reason this error appears on your screen while playing is sometimes legitimate, most of the time, it’s just a bug that needs fixing.

Hopefully, the methods listed in the guide above helped you overcome the problem as they did for many other users. 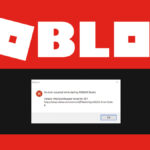