Optimizing Minecraft is almost a necessity before hopping into the magical journey that it offers, but unfortunately, reaching the “sweet spot” can often be a challenging task.

One of the most frequently asked questions in the world of video game optimization is whether the VSync setting needs to be on or off. This, along with the many myths circling about Vertical Synchronization, can easily confuse users.

Luckily, this guide is dedicated to helping you decide whether you need VSync on or off while playing Minecraft, so feel free to read on and learn more.

The VSync Setting Explained – What Is Vertical Sync?

Vertical Synchronization, also referred to as VSync, is a feature developed by GPU manufacturers to solve what’s called “screen tearing,” a problem occurring when the monitor’s refresh rate and your in-game frame rate are not in sync.

This can result in what users describe as a “choppy” viewing experience, and it really makes playing video games unpleasant.

Here’s a video showcasing an example of screen tearing, which can be even worse in-game compared to what’s shown here.

We also have a helpful and detailed guide that explains screen tearing in detail and should help you easily understand why it is happening and how to prevent it.

To solve this issue, users activate the Vertical Synchronization setting in many games, including Minecraft. But, even this isn’t as “black and white” as it seems.

Some Minecraft users are heavily against VSync, while others suggest that the game is unplayable without it.

This raises the question of whether you should enable it while playing or keep it off.

Read the following section, where we explain more about the advantages and disadvantages of VSync in Minecraft.

Should I Enable VSync In Minecraft?

As you can see in this particular Reddit thread where users discuss VSync in Minecraft, almost everyone who plays the game on a slightly more competitive level is against enabling the setting.

However, if you happen to be a “casual” player and you don’t really care about “min-maxing” your performance as a player, enabling VSync can provide a better overall quality of life experience while playing.

But, instead of giving you a straight answer, let’s help you decide for yourself by laying out both the pros and cons of using VSync in Minecraft.

With that said, you now have a slight idea of what the pros and cons of Vertical Sync are, but if this still doesn’t answer the question for you, here’s what we conclude about whether or not you personally should be using it.

You enjoy playing Minecraft “casually” and prefer the smoother camera movements and visual quality over the extra performance and quicker command input.

Don’t Use VSync If:

You want to play Minecraft competitively, you often play multiplayer, and you prefer the extra framerate and overall smoother gameplay with less lag over the screen tearing disadvantage.

That should answer your question on whether activating Vertical Synchronization in the Minecraft settings panel is a good choice for your needs and playstyle.

After all, testing your gameplay experience with both VSync on or off is always a viable option and probably the best idea to know if you should enable it or not. 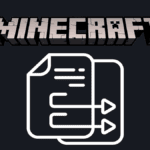 How To Copy And Paste In Minecraft
Related Topics Tags