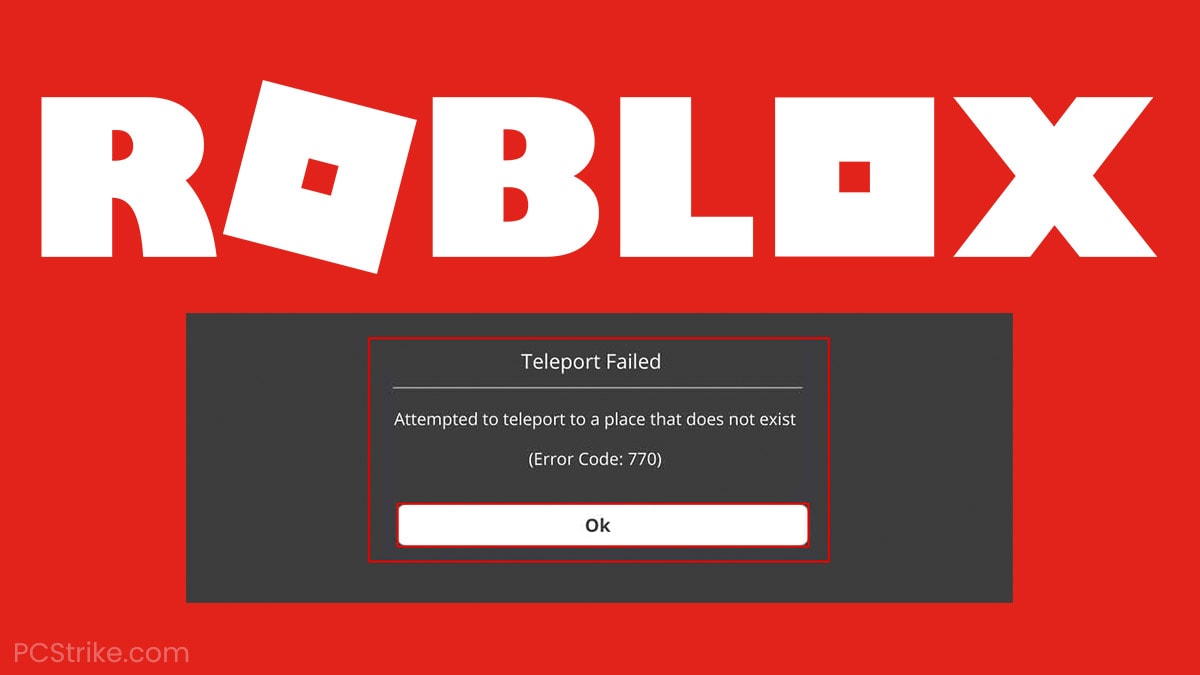 Some Roblox errors are more popular than others, but we can all agree they’re equally frustrating to experience when all you want to do is hop into a server and start playing.

Unfortunately, Roblox players frequently encounter these issues, and most of the time, they’re confused with what they see, especially if they’re new to the game.

In this guide, we’ll be explaining the cause of the Roblox 770 error and its most efficient solutions.

If you’ve been dealing with this issue lately, now’s the right time to learn how to fix it.

One of the most important things to know about the Roblox 770 error is that it can only occur on servers where teleportation is enabled, which is somewhat hinted at in the error panel that shows up along with the problem, and in our comprehensive Roblox error list guide where we cover all Roblox problems.

So, if you are worried you’ll be experiencing this problem on other servers where teleportation is not available, the good news is that you won’t.

But, if you are frequently joining servers where teleportation is available and regularly using that function, it can be a frustrating problem that needs immediate attention.

Now, some of the main causes are the following:

As you see, all the reasons are related to teleporting, and almost all of them can be solved by doing something on the user’s end.

Check the sections below to see what we recommend.

Although these aren’t official solutions for the problem, quite a few users reported seeing success with them when nothing else helped.

This is why we recommend applying everything listed in this section, as it can help you get rid of the problem right away, and if it doesn’t, it’s still worth doing as it will prevent other Roblox errors from happening in the future.

This will ensure your game is always launched with administrator rights, which will prevent many other issues in the future.

The next thing to do is to add Roblox to your list of firewall exceptions. Here’s how to do that:

Now Roblox is safe from a possible firewall mistake that could cause it to be identified as a dangerous program and result in your connection to the server being blocked.

Even if this wasn’t causing the problem, many Roblox errors are related to it, and applying this as a preemptive fix will save you a lot of time and frustration in the future.

Finally, there’s one more thing you could do related to your internet connection, which, once again, many users reported as helpful.

This involves flushing your DNS Cache, and here’s how to do it:

Now, we recommend rebooting your router by switching off the power button, waiting five minutes, and then restoring power to it once more. When your internet connection gets restored, restart your computer.

That’s it for the preemptive fixes, which should hopefully help you get rid of the problem right away. But, if they don’t, there are still other things to do, so take a look at the following sections below.

Fix 1: Re-Log From Roblox And Re-Join The Server

Although it is a rather simple thing to do, re-logging into your Roblox account can often help with multiple Roblox errors, including the 770 one.

The reason behind this is that sometimes users leave the game on for so long that their authentication ID expires, and they need to renew the session to get things up and running smoothly again. It could also be that you’re already logged in from another location which is also an issue but can be solved by a simple re-login.

To do this, simply sign out of your Roblox account and then log back in. Start the game and join the server. See if the teleportation feature works properly now.

Fix 2: Re-Check The Teleportation ID In Your Command

As mentioned above, if you were playing a specific game on a specific server where teleportation was enabled and working smoothly a while ago, yet now you’re experiencing the error when attempting the same, it could be because the game went through some changes and the location you’re trying to teleport to is now no longer available.

Re-check the ID in your teleportation command and see if everything is written correctly and that the location is indeed available for teleporting. That part of the environment could no longer exist, so you’ll have to modify your command to teleport to a different location instead.

If you have a list of teleport commands for different games and servers, and you simply copy and paste the commands, we recommend re-checking the IDs if you’re getting the error, as the list may be older than some of the changes made to the games since the last time you’ve used the commands.

A Roblox programmer brought up this idea in one of the forum posts on the official devforum website, and multiple users upvoted it as helpful, including the original poster who asked the question and marked it as the right solution for the problem.

What this Roblox programmer suggests is that you could potentially be dealing with a backdoor imported from a model published on the Roblox Library. If this is the case, the recommendation is to check your game for any scripts that seem strange, you don’t recognize, or you didn’t add yourself, then disable and remove them.

With that said, you now know more about the Roblox 770 teleportation error, which will hopefully be enough knowledge so you can deal with it swiftly and get back to playing the game.

If none of the methods listed in the guide above helped, we suggest contacting the Roblox support team and reaching out with a precise explanation of your situation. 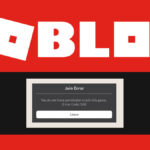