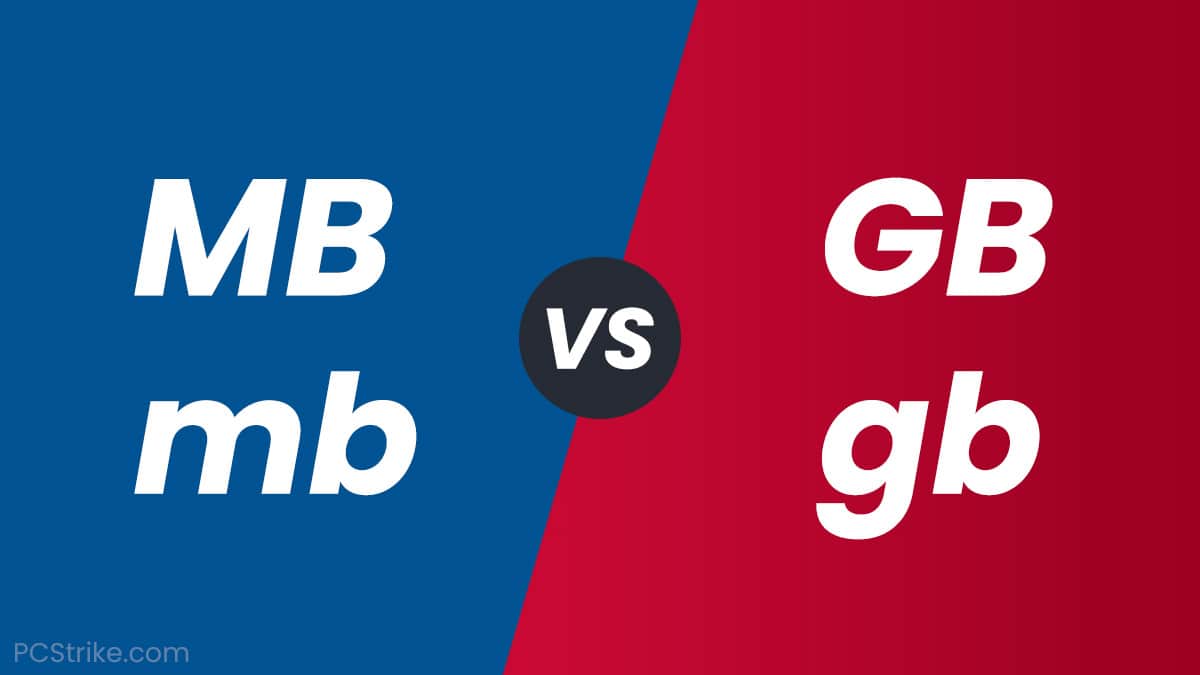 We use our computers every day, and more often than not, we’re presented with situations in which knowing the exact size of different storage units is important.

Whether calculating the required space for your image collection or purchasing a new storage device, it’s crucial to know if Megabyte or Gigabyte is the larger and right unit for your needs.

Luckily, this guide explains it all in a very simple way, so without further ado, let’s take a look at what you need to know.

The short answer is, Gigabyte is a larger unit than Megabyte. One Gigabyte contains 1024 megabytes.

However, if you wish to learn more about units of storage and how they’re ordered in a list starting from the smallest to the largest, keep on reading as we’ll explain everything in this section.

To answer the MB vs. GB question, we first need to look at where it all starts.

Is Megabytes Smaller Than Gigabytes?

Computers have transistors, which are operated by ones and zeros, meaning “ON” and “OFF” in this specific case. One means there’s electricity, and zero means there isn’t electricity.

We group these ones and zeros to send more complex information to our systems, such as letters, for example.

Now, a bit (b) is the smallest unit, and it stores only one number in it. That can either be a one or a zero. Not much, honestly.

Luckily, we have the byte (B), which contains eight times more information than the bit. This can be a combination of ones and zeros, up to eight. It’s enough for, let’s say, one letter, such as the “01000001”, which is the letter “A” written in binary, or simply put, in ones and zeros.

But, we can’t do much with just one letter, can we? True, but that’s why we have the next larger storage unit, the kilobyte (KB). It contains a whopping 1000 of the previous, smaller storage unit, which is bytes. So, a kilobyte is a thousand bytes. This is enough to roughly store about half a typewritten page of characters, but that’s nowhere enough for today’s standards, right?

Well, that’s when the Megabyte (MB) comes into play, which is essentially a thousand kilobytes. This, depending on the document type, is enough storage for a book-long number of letters, which could satisfy some of our modern needs, but is nowhere near enough for quality images, songs, or any other software.

Fortunately, the list doesn’t end there, as gigabytes (GB) is what comes after megabytes, today’s most popular storage unit. One Gigabyte contains 1000 megabytes, and that alone answers the “which one is bigger MB or GB” question. Multiple gigabytes combined are usually enough storage space to install most computer programs a modern user would require for their daily needs.

Then comes the terabyte (TB), which contains a thousand gigabytes and is by itself enough storage room for most modern-day computers. Combine multiple terabytes, and you’ll have plenty of room for all your needs, including storing high-resolution images, music, video games, and a lot more.

The next unit is the petabyte (PB), which is hardly used because it is unnecessarily large for regular computer use, as it contains a thousand terabytes. You can find storage space measured in petabytes only in special locations, like large servers, archives, and databases for well-developed companies.

Next on the list are the exabyte (EB), zettabyte (ZB), and yottabyte (YB), and each one contains a thousand of its previous unit. These are way too large to even get into and mostly exist just for knowledge purposes.

You can take a look at the more concise and simplified list below:

This should be enough information to get a clear picture of the different units of storage used in the very first computers up to the modern systems we use today.

To make things even easier for you, we’ve created a calculator that allows you to convert kilobytes to megabytes and vice versa. Feel free to use it for any needs.

If you still have questions, take a look at the FAQ section below, where we cover some of the most widely asked questions with short, concise answers.

Below are all of the popular questions asked by users when the units of storage discussion is brought up, along with the right answers.

Which Is Bigger, MB or GB?

Is A MB Smaller Than A GB?

Yes, a megabyte is a thousand times smaller than a gigabyte.

What Is The Smallest Storage Unit?

The smallest storage unit is a bit (b) and it contains only one number, either a one or a zero. A bit is one eight of a byte.

How Many Kilobytes Are In A Megabyte?

A megabyte (MB) is larger than a kilobyte (KB) because one Megabyte contains a thousand kilobytes, as shown in the list above.

How Many Gigabytes Form A Terabyte?

A thousand gigabytes “form” a terabyte. The terabyte is a larger storage unit than the Gigabyte, and it’s marked by “TB” as shown in the list above. One TB is a thousand GB.

Is A GB Bigger Than A MB?

How To Convert Kilobytes To Megabytes?

If you need to convert multiple kilobytes to megabytes or the other way around, but you don’t want to do the math on your own, we created an easy-to-use KB to MB (and vice versa) calculator that should help you out.

That covers everything you need to know about computer storage units when it comes to comparing them by size.

A gigabyte is one thousand megabytes, and hopefully, you can now use the information gathered from this guide to have a better picture of the rest of the conversions. 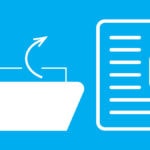