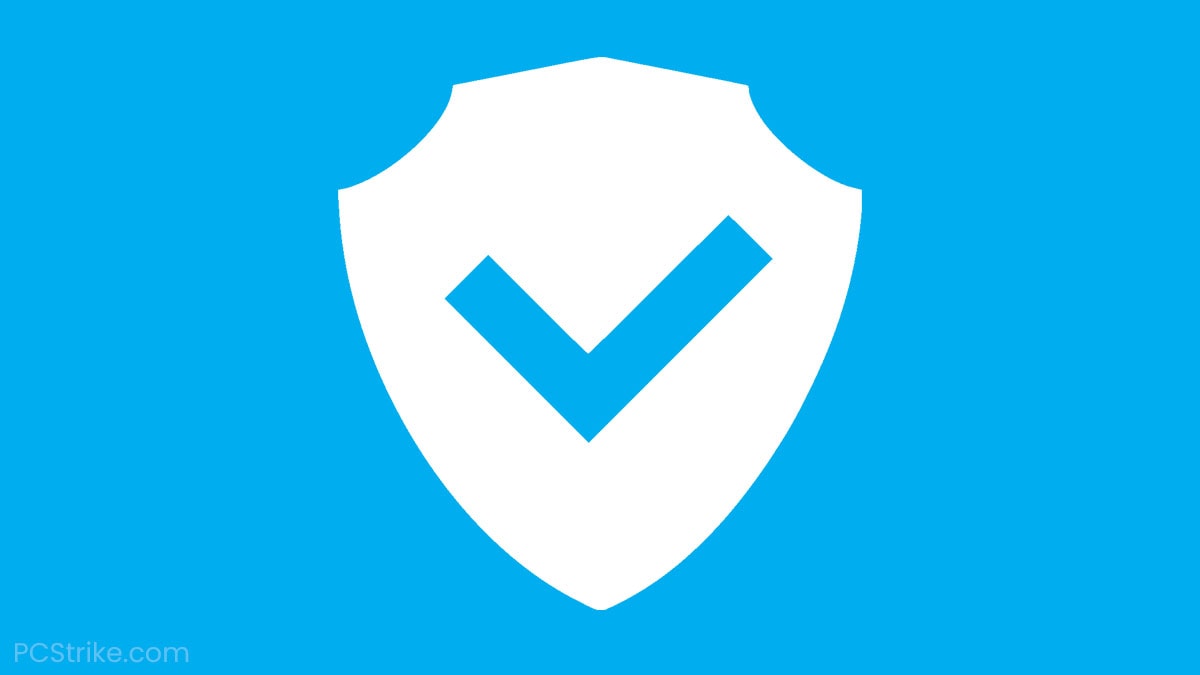 Antivirus software has been around since personal computers were introduced. This type of software detects and removes unwanted files, applications, and viruses that can harm your system.

However, the current consensus is that there is no need for antivirus software. With some common sense and basic knowledge of the Internet, it is possible to stay safe while browsing.

Even so, some extra protection certainly wouldn’t hurt, and the additional features included with such software make it an attractive option.

Windows Defender Antivirus (now Windows Security) is a great layer of protection for most users as it comes built-in with every Windows 10 PC and is free. It requires little or no setup or optimization, which is ideal for non-tech-savvy people.

However, if you are looking for more advanced options, extra security, and additional features, you should opt for an alternative antivirus choice from this list.

Bitdefender Antivirus Plus is a great choice for anyone who is looking for reliable security that is updated frequently.

At under $35, Bitdefender’s protection is a fairly good option as it is pretty solid against malware and phishing. The built-in VPN is a nice extra but is hindered somewhat by being limited to just 200MB. Those 200MB can be spent in a few minutes of browsing or streaming.

It’s important to know that the license from Bitdefender works only with Windows. If you own a macOS system, you will need Antivirus For macOS.

Kaspersky has been around for decades, like some of the other antivirus software on this list. Its longevity in the market and continuous improvement are why it is so effective against malware, adware, and phishing. In addition, it’s frequently updated against all types of viruses.

In other words, your system will be very secure with Kaspersky Anti-Virus.

Considering the $39.99 subscription price tag per year, high levels of protection are to be expected. It is more expensive than Bitdefender or the free Windows Defender.

You may not be keen on buying a more expensive option but remember: the more advanced and expensive plans bring several more features to the table. You can also switch to a different plan any time you want.

At $59.99, it can be difficult to justify this as an option since Norton 360 Standard seems like a much better option with VPN, parental control, dark web monitoring, and PC SafeCam.

Cost aside, Norton Antivirus Plus is a solid option for your computer. Although it doesn’t have a VPN bundled with it, it has some great features, including cloud backup, a helpful password manager, and a much better firewall than Windows’ solution.

From the many reviews and expert tests that we’ve been researching and analyzing, the protection, performance, and usability seem favorable.

A good option overall, if you don’t mind the cost.

Malwarebytes Premium is one of the best, if not the best, anti-malware software on the market. Priced at $39.96, it is right next to Kaspersky in terms of pricing.

It offers great protection against exploits, ransomware, and all types of malware. Unfortunately, it lacks in every other department.

No VPN, no parental control, or password management. If you want a VPN bundled together with Malwarebytes, you will have to go with the much more expensive plan at $99.96 per year.

Still, if you aren’t interested in any of these other extra features, Malwarebytes Premium will provide suitable malware protection for your system.

Webroot SecureAnywhere Antivirus is a great choice for those with weaker systems. As it is only 20MB, its compact size trumps most of the antivirus on this list!

What most users love about Webroot’s AV is that both quick and deep scans are lightning-fast and won’t interrupt your work.

This lack of support is unacceptable, especially today. We hope that in the future, Webroot will improve its company-client relationship.

For the most part, this software provides solid protection. As previously mentioned, it’s the optimal option for systems low on storage space, RAM, or CPU power.

If you read the user reviews on G2 (a popular website for user ratings), you will mostly find very positive reviews for this product. In particular, most reviewers have praised Avast’s automatic and frequent updates of the virus database.

The pricing is not too bad. If you want to protect multiple devices, the 10 device plan is just $10 more expensive.

It’s important to note that Avast Premium Security works on any operating system. However, Windows and macOS are on different licenses, so make sure you buy the right one.

Additionally, you can grab the iOS or Android app for free!

The only real drawback is the lack of a VPN paired with the subscription. If you want a VPN with your antivirus, you’ll need an additional monthly subscription of $3.99. That’s still a pretty cheap option!

Another thing we disliked was the fact that the product page lacked any information regarding features. As a result, it isn’t clear what exactly you are getting when purchasing Avast.

If you are a first-time subscriber to McAfee Total Protection, this antivirus might be the best of the best. It is only $29.99 for the first year to enjoy features such as unlimited data VPN, encrypted storage, ID theft protection, password manager, performance optimization, and much more.

Unfortunately, after the first subscription year, the price increases to $79.99 per year, which is unacceptable. None of the other alternatives come close to this price tag, yet they still offer similar features.

Acquiring the most advanced plans from brands such as Kaspersky or Bitdefender is considerably cheaper than $79.99.

Overall, McAfee’s antivirus solution works perfectly. Most professional and user reviews claim that the protection is pretty efficient, frequently updated, and that the software has a good user interface.

Considering the minimal performance impact, McAfee could have been the perfect option for any PC if it was not so expensive.

The $39.95 per year price tag is pretty standard, as are the features that come with Trend Micro Antivirus+ Security. Unfortunately, users have reported poor results in malware lab tests. This doesn’t necessarily translate to bad virus protection, but it is something to keep in mind.

There is also no option to buy a plan to support multiple devices, which is a major disadvantage. If you want protection for multiple computers in your home, you can’t get that without buying multiple licenses.

It is not the best protection option, but it provides some interesting features for the price, such as Pay Guard, email scam safeguard, etc.

There’s not a lot to say about Avira Antivirus Pro. Based on the product page, the Pro edition offers only basic antivirus protection to keep your PC malware-free. There are no additional features such as password management, tune-up tools, VPN, etc.

With a price tag above $40, we can’t really recommend this over other picks. Even McAfee’s much more expensive offer could be considered a better choice, considering the features you would be getting.

ESET NOD32 Antivirus doesn’t offer many features, such as a VPN or a password manager. Still, considering the great results in real-world protection tests and malware protection tests, it’s definitely a strong contender with a standard price of $39.99/year.

Users are generally very satisfied with ESET’s protection, so NOD32 deserves a spot on this list of the best antivirus software for PC.

A great advantage is that the license can be quickly transferred from Windows to macOS or Linux. In fact, NOD32 is one of the few basic edition antiviruses on this list that works for Linux. Most of the other brands require you to buy a unique license for Linux protection, so that’s a real bonus!

Sophos Home Premium is the perfect choice for anyone looking to protect multiple devices in their home. Although it costs almost $60 per year, protecting up to 10 devices makes this a solid offer.

However, if you don’t plan on installing this software on multiple devices, this antivirus from Sophos quickly becomes obsolete. In addition, you would be paying $20 more than its competitors for a feature that you don’t use. There is no option to choose a cheaper plan.

Even so, we have to acknowledge the outstanding scores from malware and virus lab tests. Sophos Home Premium might be the best protection available for a macOS system.

Available for a price comparable to BitDefender’s Antivirus Plus but lacking in features. Based on lab results, F-Secure Anti-Virus can easily detect and deal with malware, but it doesn’t offer any protection against phishing.

Considering the pricing, this is not a bad antivirus solution.

One thing we didn’t like is that there is no clear information regarding the antivirus. F-secure has made a list comparing the features of their products, but this particular piece of software is completely ignored.

Additionally, finding this software is almost impossible on the official website. Instead, you need to search for it via Google.

What Is Antivirus Software?

Antivirus software is a vital program designed to protect a computer from viruses. Computer viruses are created to infiltrate, infect and damage a computer, specifically the operating system.

This type of infection can lead to loss of files, stolen personal information, stolen passwords, reduced computer responsiveness/speed, and more.

Getting infected has become pretty common due to the growth of the Internet. With so many fake websites, products, and files online, people are at increased risk of downloading a virus or some other kind of malware.

However, computer viruses are just one of the many unwanted programs. There’s also adware, spyware, miners, Trojan horses, hijackers, keyloggers, rootkits, worms, and many more.

Fortunately, modern protection software is equipped to deal with all sorts of malware, but at a cost.

Do I Need An Antivirus?

Operating systems today, including Windows 10, come with built-in virus protection. The built-in protection for Windows 10 is Microsoft Defender Antivirus (Windows Security). It is free, its virus database is frequently updated, and it doesn’t require any additional setup/optimization.

However, Microsoft Defender Antivirus does not always provide the best protection. Some premium antiviruses offer better protection for multiple devices while also providing users with features such as a built-in VPN, phishing protection, password management, etc.

How To Choose The Best Antivirus For You

To choose the best antivirus for your computer, here are a few different factors you should consider:

The price for a home antivirus can fluctuate from free up to $100 (perhaps even more).

Microsoft Defender Antivirus generally provides more than enough features and protection for most users at no additional cost. However, if you want extra features such as a VPN, you should consider getting a premium antivirus.

Premium antiviruses can boast several additional features. Naturally, this should be one of the things you consider before buying the software.

If you require a VPN, make sure it is one with enough data. Some VPNs, such as BitDefender’s, come with a 200MB data limit.

Users usually get only one option when subscribing to antivirus—for example, subscribing to a time-limited antivirus license. This license is then split into a few options, either for one device or a license that can be installed on multiple computers, phones, tablets, etc.

If you want to use the cheapest option, always opt for the license limited to one device unless you need protection on other devices.

This is another essential factor you need to consider when picking the protection software for your computer. Unfortunately, most antiviruses do not support every operating system. 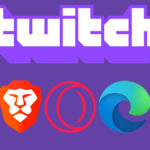