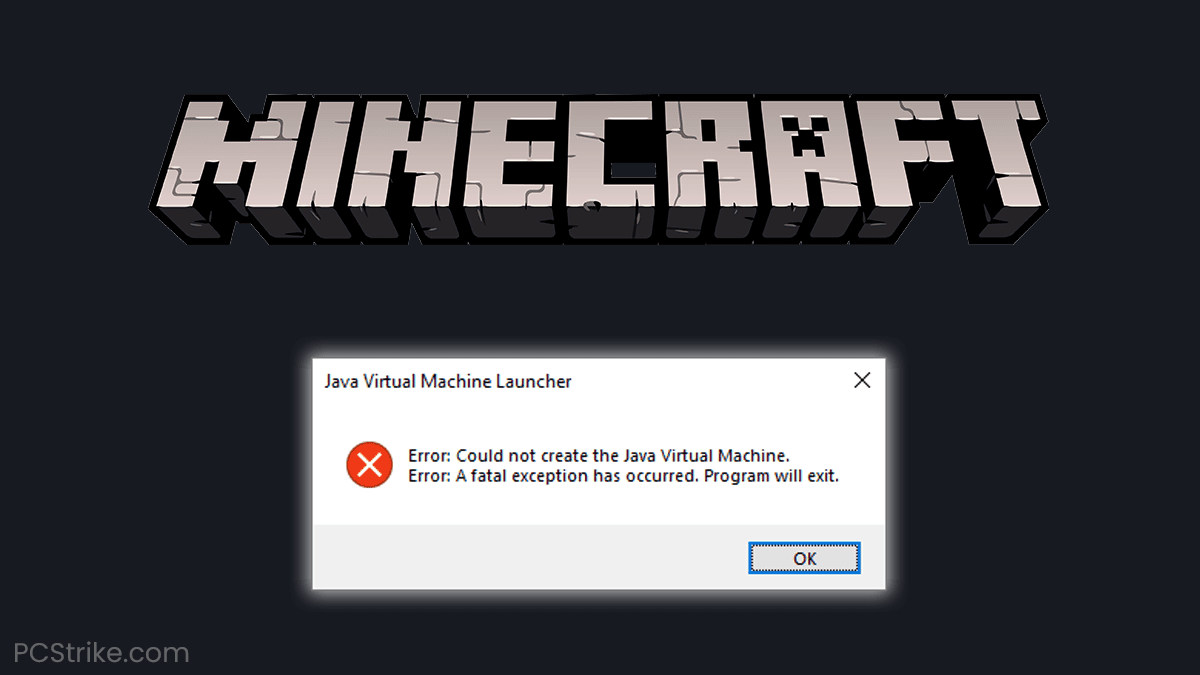 Encountering errors while trying to play Minecraft is not uncommon. Unfortunately, it happens quite often and, most of the time, catches users off guard.

However, Minecraft is a game with a large community behind it, and because of that, errors are always very likely to be solved shortly after being announced.

This also happens to be the case with the “Could Not Create The Java Virtual Machine” error that we’ll be helping you resolve in the guide below.

This specific problem occurs when a user tries to launch Minecraft, but the Java Virtual Machine fails to start.

The user is then presented with an error prompt that doesn’t suggest a solution, as shown in the image below.

As a result, the game is unplayable (it won’t launch), and users, especially those who aren’t quite computer-savvy, are left with no possible hints as to what the problem might be caused by.

Luckily, there are a few proven and working solutions for this issue, and although they aren’t the simplest to apply, we’ve made sure to cover the processes from beginning to end in simple and easy-to-understand steps.

Read more in the following sections below.

Establishing a new Java System Variable means allocating more RAM, which in turn can solve the problem that can often be caused by a lack of memory.

As most users reported, the reason their Java Virtual Machine couldn’t start was that it didn’t have sufficient memory allocated to it, therefore, they couldn’t launch Minecraft.

We can change this by doing the following:

Doing this means you just allocated 512 megabytes of RAM to Java. If the problem was indeed Java not having enough RAM to launch properly, this problem will now be fixed.

If this text-based tutorial wasn’t clear enough, here’s a helpful video covering the process from beginning to end.

Note: The user in the video uses different values, but the end goal is still the same, which is allocating more RAM to Java.

You can reboot your PC and launch Minecraft again. It should now start without showing the “Could Not Create The Java Virtual Machine” error.

If this doesn’t work, there are other things you can try. Take a look at the following section down below for more information.

2. Ensure Only The Right Version Of Java (For Your OS) Is Installed

This solution was brought up by a Reddit user who suggests the error could be caused by Windows running the wrong Java instance for your OS type.

The fix is to manually uninstall the version of Java that doesn’t match your operating system’s type, which in this case is the 32-bit one.

The user who asked for help has a 64-bit operating system, yet their version of Java was a 32-bit one. This caused a problem and made them unable to launch Minecraft, but the problem was solved once the user uninstalled the 32-bit Java version and installed the one that was right for their OS, which is the 64-bit version.

You can check which version of Java you have installed in the “Apps & Features” section of Windows 10.

If you need to re-download Java, you can do so through the official website.

Once you have the right Java version installed, Minecraft should launch with no further issues, assuming there aren’t other things wrong, such as it not having enough RAM allocated. Check Fix #1 for more information on this.

A lack of Administrator privileges can cause the Java Virtual Machine to be unable to launch. To make sure this isn’t happening, do the following:

Now Java has administrator rights on your computer, which means you won’t be experiencing the Virtual Machine error if it was caused by this.

For a lot of users, this solved the problem instantly. However, it may not work for you. Make sure to try the other two solutions listed above if this one doesn’t help.

With that said, you now know what actions to apply when dealing with the frustrating “Java Virtual Machine Failed To Start” Minecraft error.

Hopefully, the fixes in this guide worked and helped you get back to playing Minecraft without any other interruptions. 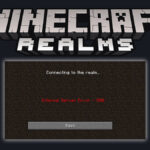