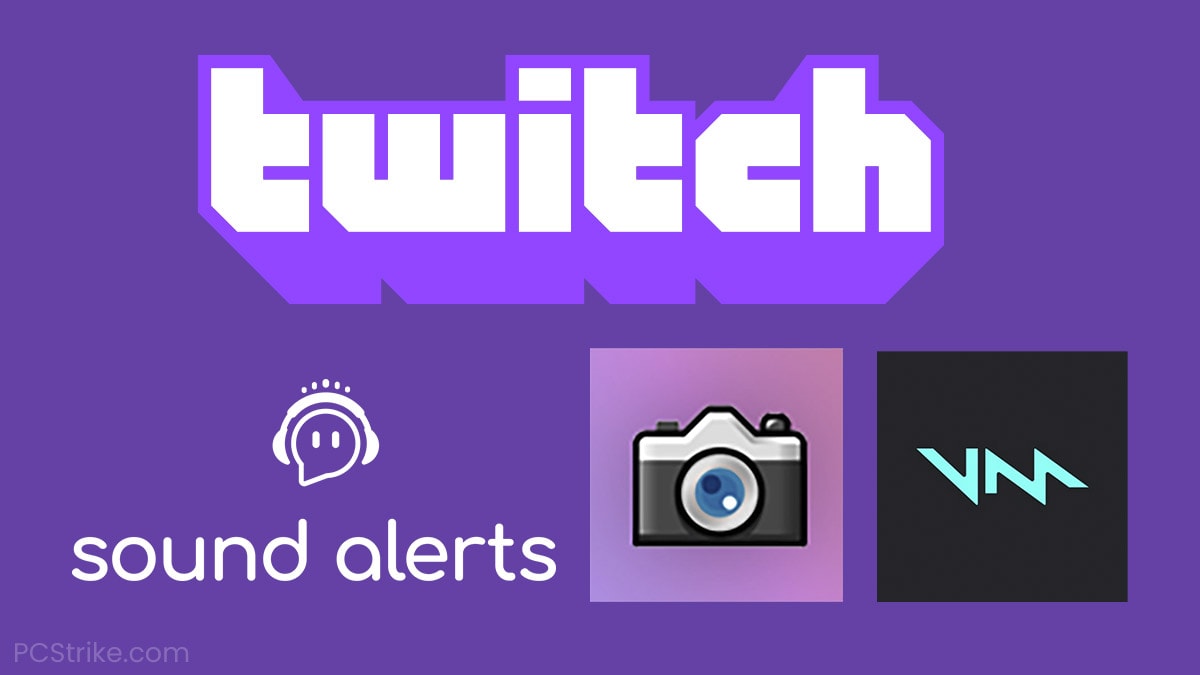 Ever since Twitch.tv became a top streaming platform for gaming-related content, its community members have wanted to come up with a way of improving the overall experience for both viewers and broadcasters.

Needless to say, Twitch extensions managed to do that, and they keep getting better as we speak, thanks to the hardworking developers of this platform’s large community.

If you still haven’t looked deep enough into Twitch extensions, yet you’re an active user on this platform, we recommend reading further as we cover everything you need to know in the guide below.

As stated on the official Twitch webpage regarding extensions, these helpful additions take the viewing experience to a whole different level by allowing full interaction between the broadcaster and their audience.

For example, they allow viewers to gain insight into in-game information regarding the streamer’s settings, stats, and match history, bet on different outcomes for specific scenarios, view their current build or loadout, and much more.

This, of course, helps the viewer feel more connected to their favorite broadcaster but, at the same time, allows the content creator to focus more on entertainment rather than answering technical questions.

And the even better news is that we only scratched the surface about what Twitch extensions are capable of.

To get started using them, navigate to your creator’s dashboard on Twitch, and click on the extensions section from the top-left vertical sidebar menu.

With that out of the way, we can now get into some of the best Twitch extensions & plugins you could use for your channel.

This extension is one of the most widely used ones on the platform, and with a good reason. When it comes to strengthening the connection between you and your viewers, there isn’t a better way to do it than by allowing them to celebrate special moments by using sounds on your stream. This extension lets you do that.

Besides the official website, you can find this extension on the Twitch extensions market under the Viewer Engagement category.

Sound Alerts is considered to be one of the best extensions for Twitch due to its many customization options. It allows the streamer to make using the sounds either free or require bits, as well as reward subs with specific sub-only choices, all in a very user-friendly and simplistic way.

The extension also supports GIFs and overlays, which means maximum customizability according to your channel’s needs.

If you want to hear from this extension’s community and learn more about the product from a user perspective, we’re more than happy to introduce you to the Sound Alerts dedicated discord server, where you can discuss anything related to the product.

Willing to learn even more? Check out this helpful video explaining the entire setup process from beginning to end.

Overall, we feel like Sound Alerts is a very trustworthy, actively developed, and useful extension that anyone more serious about streaming should add to their channel.

There’s a good reason why some of the top Twitch.tv streamers use it! 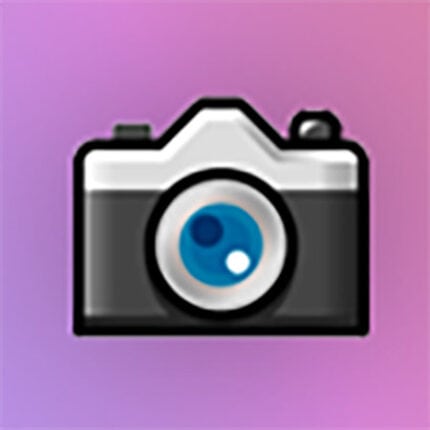 Although Twitch is a platform used mainly by gamers, it sees an increase in “casual” streams, meaning people who simply like to discuss things with their viewers or do various other activities, such as drawing, dancing, or even sleeping.

For all those who are more into the social aspect of streaming, this is a useful extension that sees extensive use amongst some of the most popular Twitch celebrities, and with Instagram being one of the most popular social media platforms in the world, we can easily understand its place on Twitch.

My Instagram is a Twitch extension that helps the broadcaster show their Instagram feed within their channel, allowing users to view their posts without having to leave the stream and miss an important moment during the broadcast.

It’s used by more than twenty thousand users, and the number seems to increase the more the “IRL” and “Just Chatting” categories grow on this platform.

If you’re a model or your stream is just somehow related to your social media posts, this is an extension that will make both your and your viewers’ experience much better in general.

Speaking of fun and “messing around” with the broadcaster, nothing takes the glory from this top-notch Twitch extension called Crowd Control which allows users to interact with the broadcaster’s gameplay by changing the controls, activating consumables, and a lot more.

Developed and managed by Warp World, Crowd Control is one of the most widely used extensions on Twitch, supporting more than eighty popular games and boasting thousands of users.

If you often organize streams where you allow your viewers to make the decisions and control the games you play, this is no doubt the most useful extension out there.

The extension features a one-click setup for some of the most popular streamer games out there, including Minecraft and Stardew Valley, as well as a stream overlay that will keep you in check with all that’s been going on with the coins and effect purchases during your broadcast.

It also allows a feature called “pooling”, which means users can combine their coins to activate a specific effect that costs more. And speaking of costs, Crowd Control allows the broadcaster to set custom prices for effects depending on the audience size.

Curious to see it in action? Take a look at the video below.

Overall, a very solid product and a great way for streamers to take their viewer interaction to another level. It may not be for everyone, but if this is what you like, you won’t find a better extension on the Twitch market. 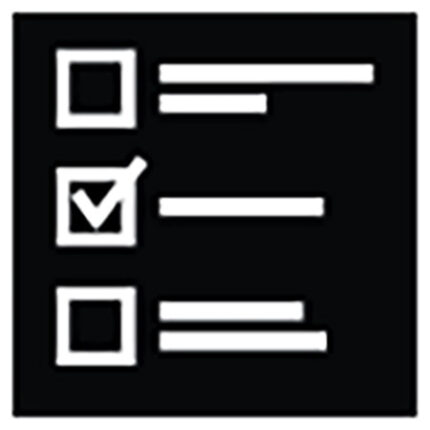 Sometimes you want to know the opinion on a specific matter, but from many users, and immediately. As a streamer, asking all of your viewers a question individually would be nearly impossible to do, yet it is something that’s required quite often.

Luckily, amongst the many Twitch add-ons available out there, there’s just the right one that solves this specific problem. It’s called Polling, and it can be found under the Polling & Voting category on the Twitch extensions market.

There’s not much to say about this extension besides that it does its job the way it’s supposed to and is very helpful for surveying people at scale with just a few clicks. It’s easy to set up and has a user-friendly interface.

Wondering what you need to do to make your next broadcast as entertaining as possible? Let your users answer by creating a good-looking poll with just a click of a button.

The extension supports customizing the poll windows via a color picker, meaning you can easily choose your channel’s theme color to keep everything looking nice and aesthetic while giving your viewers the power to voice their opinion during your broadcasts. 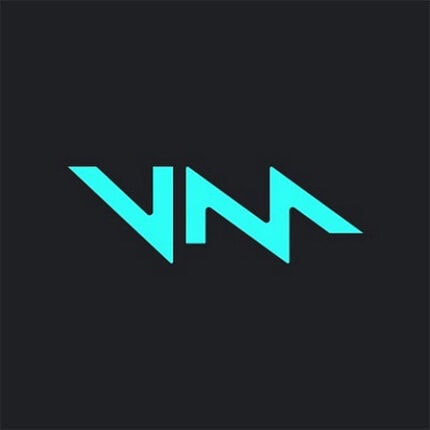 Last but not least, we shouldn’t forget that Twitch.tv is all about having fun, and what’s more fun than changing the voice of your favorite streamer into something silly, such as a Chipmunk or a robot?

Voicemod Live is an interactive voice changer that can be found on the Twitch extension store, and it can be installed and integrated into your channel with just a few clicks. Looking for the best choice amongst the many different Twitch add-ons available on the market?

Take a look at what this one is all about.

Voicemod has a passionate team of skilled developers behind it, constantly improving the product and creating new programs where users can participate as testers or contributors. It’s used by thousands of users and has great overall feedback amongst the community.

The extension comes with a soundboard that allows the Twitch streamer to upload their MP3 or WAV files and use them throughout their streams for a better, more entertaining overall experience. Custom sounds are very important for a personalized streamer to viewer experience, especially for the community inside jokes and marking moments special to the stream itself.

Within the Voicemod app, there’s a feature called the Voicelab, which allows users to create their own, specific voice and add it to the list of options within the voice changer feature. Need a specific type of creepy voice for horror games, or perhaps a deceiving-sounding one for role-play titles? It can all be done with this useful extension.

As stated on the official extension page, turn your stream into a show worth watching.

Now you know more about the best Twitch plugins and add-ons-, so feel free to incorporate one or all of them in your stream and surprise your viewers with a brand new, high level of interaction.

Keep in mind that some of the extensions listed in the guide above have a premium plan as well, so if you found the right one for you, grab the premium plan and support the developers so they can make it even better. 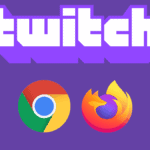