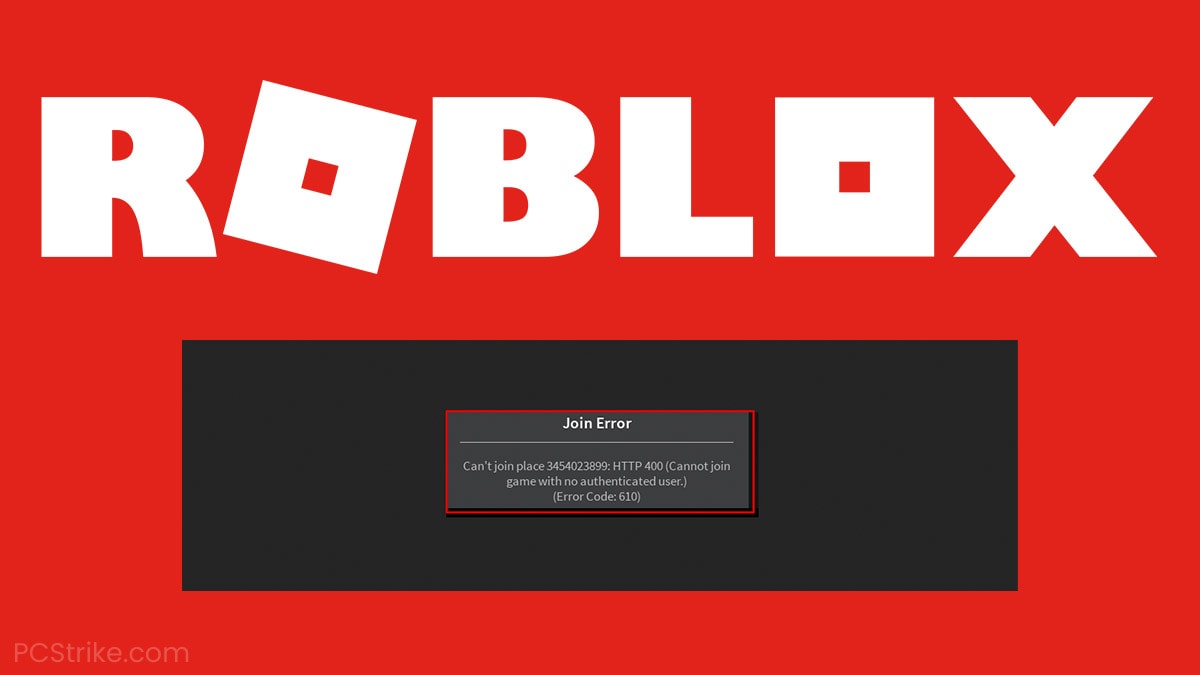 Roblox, one of the world’s largest and most popular gaming platforms, is a rather complex product, frequently receiving updates and going through changes thanks to its active development team.

However, every product with the same complexity as Roblox can often be the breeding ground for bugs and errors, which doesn’t affect the platform’s overall quality and reputation, but can be rather frustrating to experience as a user.

In this guide, we’ll talk about one of the more popular Roblox errors and how to fix it, the Roblox 610 Error.

There are many Roblox Errors that community members have reported in the past, and we cover all of them in our detailed list of Roblox errors and solutions.

However, we dedicated this guide specifically to the 610 Roblox Error as it seems to be troubling many users, most of which don’t know where to start when it comes to solving the problem.

What you need to know as a user about the Roblox Error 610 is that it’s a server-related issue, occurring most often when users try to join a server but instead have no success with it and get “kicked out” with the following message:

“Can’t join place – HTTP 400 (Cannot join game with no authenticated user.) (Error Code: 610)” The error message screen is shown in the screenshot below.

As you can see from the image above, the error message itself isn’t very informative, which is one of the main reasons why users expressed their concerns about not knowing what’s causing this problem after continuous days of flawlessly joining servers and playing multiple different games on the platform.

It’s also worth mentioning that the 610 Roblox error code has been reported on multiple platforms other than Windows as well, including MAC, IOS, and Android, so we can confirm it’s not a Windows-exclusive problem.

So far, we know that the main reasons this error occurs are all due to account-related glitches, both scheduled or irregular Roblox authentication server maintenance, and rarely, a conflict caused by simultaneous logins from the same account or a network issue on the user’s end.

Most of the time, this error is platform-wide, and many users experience it at once, in which case waiting is the only option. But, there are some situations in which the user can act and apply one of the methods listed below to overcome the error and get back to playing.

Fix 1: Verify If Roblox Servers Are Up And Running

As mentioned above, one of the reasons you are unable to join a server and keep seeing the Roblox Error Code 610 is that Roblox servers may be offline, either for maintenance or due to unexpected outages.

The best way to do that is by using Down Detector and navigating specifically to the Roblox section, where you can see if any reports were made in the last twenty-four hours, as well as comments from other users on the same topic.

If the website shows irregularities with the Roblox authentication servers, then there isn’t much you can do about the problem besides waiting. Thankfully, when this happens, it’s always a priority for the Roblox team, and the issue gets fixed very soon after occurring.

If there aren’t any problems with the Roblox servers, yet you’re still experiencing the 610 error, the issue may be on your end, specifically related to the “double login” issue.

Since this is an authentication-related problem, as shown in the error screen itself, it could be that another user is logged into your account, therefore, the authentication servers don’t allow you to play as they mistake you for someone who’s not the real owner.

This doesn’t always mean that your account is hacked, though. It could be that you’re still signed in from another PC you previously used, either at a friend’s house or another device at your home.

However, we recommend doing everything you can to ensure you’re only logged in from the device you’re currently trying to play on, even if that means resetting your password so that you automatically get logged out of everywhere else.

Then, if that was the problem in the first place, you should be able to join a server after re-logging on a “clean” session and gaining authenticity from the Roblox authorization servers once again.

Fix 3: Flush Your DNS, Restart The Router, And Re-Log

Sometimes, the Roblox 610 error can occur due to a problem with your network, in which case we found this solution to have the highest success rate while also being very easy to apply.

It requires the user to flush their DNS Cache and then complete a few other actions so they can restore the ability to join Roblox servers again without further problems.

Now that you’ve completed the DNS Flush, we recommend restarting your router by pressing its power button, then waiting about five minutes and switching the button on again to restore power.

Now you can try joining a server, and hopefully, it’ll let you in without any further issues, as this method helped many users overcome the 610 Roblox Error.

With that said, you now know how to fix the Roblox Error Code 610, an issue that has been troubling many users for a long time. Luckily, it’s not a complex problem to solve, and most of the time, the root of it won’t even be on your end. But, if waiting doesn’t help, feel free to apply the methods listed above, and hopefully, you’ll be back to playing in no time. 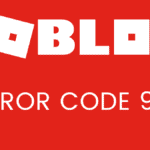