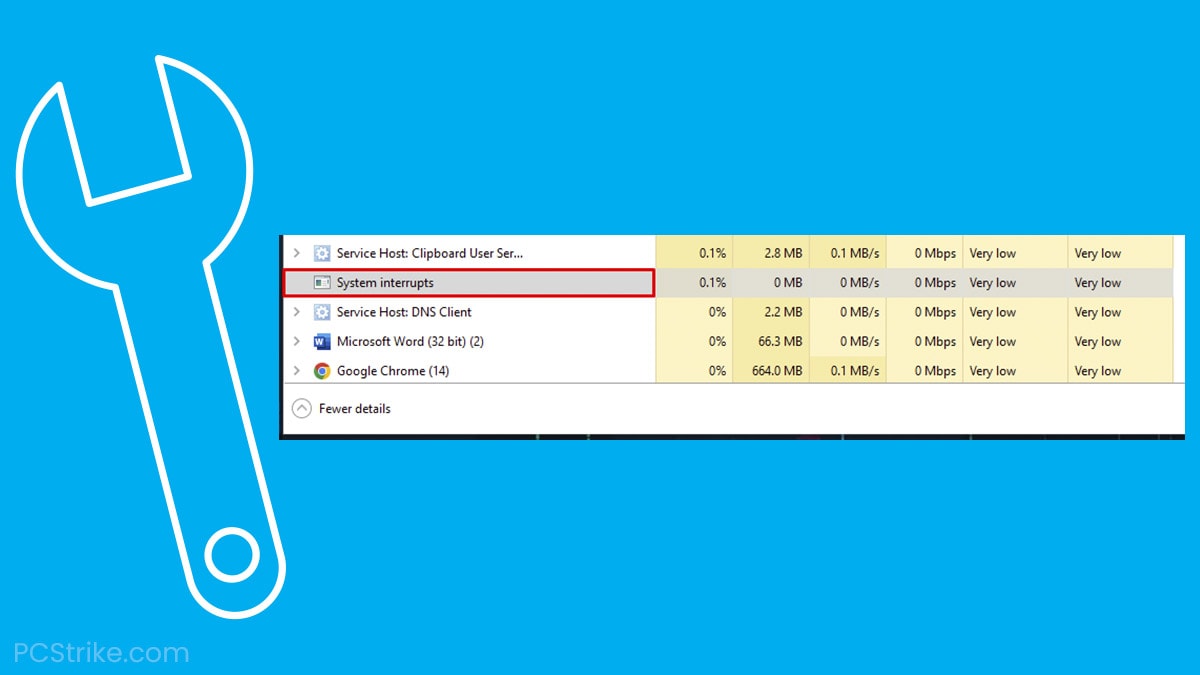 Experiencing a degraded performance while using your computer can be worrying, but given the complexity of the Windows operating system, pinpointing the issue is not always an easy task.

If you’ve recently opened Task Manager to see where your computer’s resources are allocated during times of poor performance, chances are you’ve seen System Interrupts way up on the list along with some surprising numbers next to it.

This is a known issue reported many times, and the following guide is dedicated to primarily helping you understand it, then fix it quickly and efficiently.

Without further ado, let’s get right into it.

What Is System Interrupts?

Often, when a process has an abnormal demand for resources on our computer, we load up Task Manager to further investigate the problem.

One of the first things we do is identify the active process with the high resource consumption, then track its location to learn more about it and its purpose.

That is because System Interrupts is an official, safe, built-in feature of the Windows operating system that doesn’t originate from a program or a directory, and isn’t considered a process, despite being listed as one within Task Manager.

So, you cannot use the “Open file location” command to track its location like with most third-party programs installed but also don’t need to, as this is a safe component of Windows that serves an important purpose in your computer’s overall functionality.

System Interrupts is like a “representative” for all hardware interrupts happening on your computer, and is not considered a “traditional” process.

However, its vague name and abnormal resource consumption at times can often frighten the end-user, potentially making them believe it’s malware in disguise.

Its role is to establish communication between your CPU and the rest installed hardware components (plus their associated software). It’s also one of the main reasons modern computers can multitask.

For example, your computer is in an “idle” state, and all of a sudden you need to launch an internet browser to quickly look something up on the internet. That is an interruption causing your computer to stop whatever it was doing and prioritize the task you just requested.

Every action you do on your computer, such as moving your mouse or pressing a button on your keyboard, is an interruption, and each interruption demands resources, or specifically, CPU power.

This is why when you open Task Manager, you can often see System Interrupts using your entire CPU resources but then returns to normal after about a second or two. To your computer, requesting to open Task Manager is an urgent task with high priority, so it “pauses” everything else and allocates all CPU resources to this task to get it done as quickly as possible.

So, it’s not that System Interrupts itself uses your resources. It’s just a representative showing that a specific request, or an interrupt, made your PC allocate that many resources to something.

However, if System Interrupts shows 100% CPU usage non-stop, that’s considered a problem. Try the following methods to fix it.

Before diving into the more complex methods, we recommend trying out these preliminary fixes, as they helped many users and may solve the problem for you without having to spend too much time.

If none of these helped you solve the problem, move on to the more complex fixes listed in the following sections below.

Fix 1: Use The Windows Performance Recorder To “Catch” The Problem

The Windows Performance Recorder (WPR) is a free tool provided by Microsoft, and we’ll use it to pinpoint the issue causing System Interrupts to display an unusual performance demand in Task Manager.

You can see an example of how a user did this here.

The problem can turn out to be a faulty driver or something else, but now you know what it is and can take the required measures to either fix it or delete that file/service from your system, so it doesn’t cause more trouble in the future.

To rule out the mouse from the list of possible causes, open Task Manager, find System Interrupts on the list, and focus on it. Then, move your mouse around and see if that makes the number of resources allocated to System Interrupts go abnormally up.

If it does, it’s likely the polling rate set to an extremely high value, and every mouse movement makes your CPU spend a lot of resources trying to compute those changes.

Users reported fixing this problem by reducing the polling rate on their mice.

You can usually do this by accessing the dedicated hardware configuration software associated with the mouse. For example, Logitech devices use G-Hub, SteelSeries uses Engine, Razer uses Synapse, and so on.

In the software, you can change many settings, such as your mouse DPI, RGB behavior, and polling rate.

We recommend setting the polling rate to the lowest available preset to see if the problem disappears. If it does, you can increase it until you notice that the problem occurs again.

Fix 3: Unplug, Then Re-Plug All Devices On Your PC One By One

Most of the time, this issue is caused by a specific hardware component becoming faulty, causing a lot of unnecessary stress to your CPU.

As mentioned earlier in this guide, the System Interrupts feature is just a representative of the interruptions happening within your system.

So, the solution here is to unplug all devices from your PC to see if the problem disappears. If it does, you should re-plug the devices one by one until you see the problem occurring again. Then, you’ll know which device is causing it, and either fix it or replace it.

Don’t exclude any device, as this problem can be caused by any hardware component that your PC uses.

You can start by unplugging the peripherals, such as your mouse, keyboard, microphone, headset, and USB flash drives, and then move on to your hard drives and SSDs. Test everything, including your GPU. This will help you narrow down the list of potential components that could be the problem’s cause.

This will take a while, but it’s the only way to know for sure what exactly causes the issue.

Some users reported that even after trying all known methods to fix this problem, the only solution that worked was to update the BIOS to the latest available version.

Now, this is considered a slightly more complicated task and meant for advanced users only, but you can do it without previous experience if you follow the steps provided in one of our helpful guides covering BIOS updates.

Once you update your BIOS, the problem should no longer occur.

These are some of the most commonly-asked questions and their answers whenever the System Interrupts topic is brought up.

Is System Interrupts a virus?

No. System Interrupts is a legitimate, built-in feature of the Windows operating system. It has an important role, and we do not recommend disabling it.

If it’s legit, why is System Interrupts using so much CPU?

It’s not that System Interrupts is using your CPU. It’s a faulty driver or a hardware component. Think of System Interrupts as a messenger that informs you about what’s going on through the Windows Task Manager.

What’s the cause of System Interrupts using all CPU power?

The cause of this problem is a faulty driver or a failing/misbehaving hardware component. It could be a failing SSD, an old hard drive, or any haywire device connected to your PC through a USB port.
Hopefully, these helped you gain more information about this problem that seems to be commonly reported by Windows users.

The “System Interrupts” issue can be worrying, but it doesn’t indicate something’s wrong with your computer or at least its critical components. Often, the problem can be an old hard drive you can replace or a misconfigured driver that is relatively easy to fix.

What’s not so good about this issue is that you’ll need to narrow down the list of potential culprits by manually troubleshooting until you find the root of the problem. 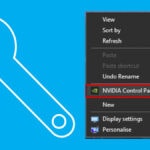