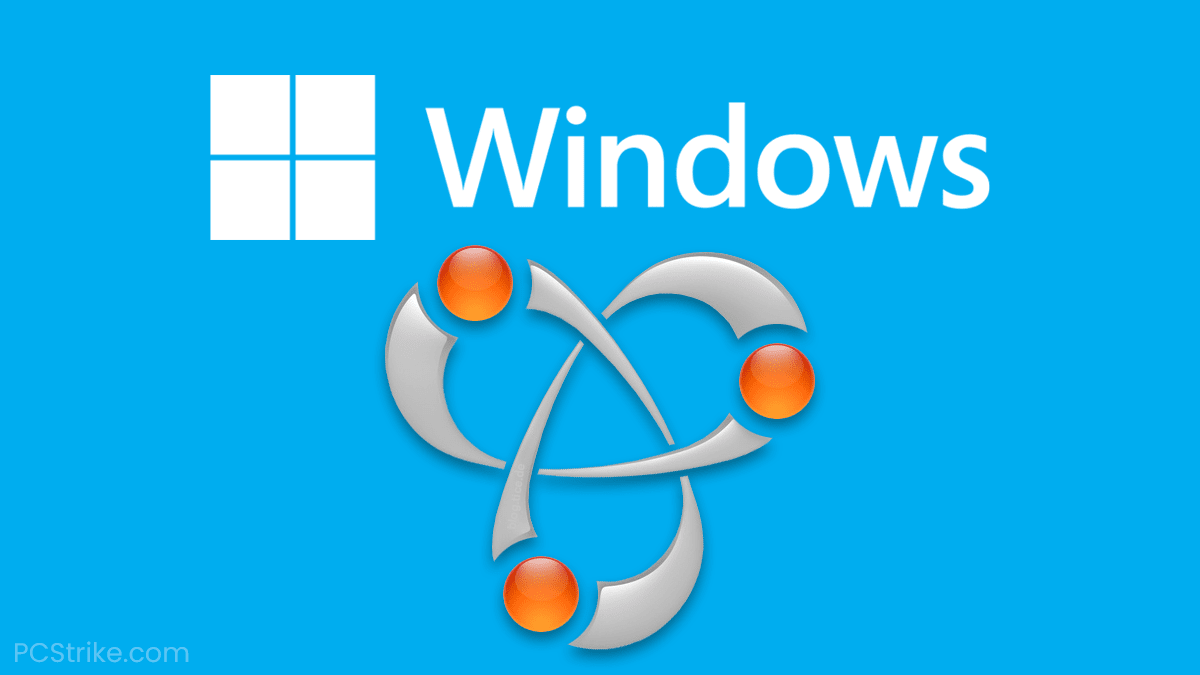 The Bonjour service comes by default on Apple computers and is also available for Windows 10 & 11 devices.

But what is it?

The Bonjour service may seem complicated at first glance. After all, the French name and complex nature of the service make it hard to understand. But when you strip it down, it’s actually very simple.

On top of that, depending on your nature of work, you may actually find that you need the Bonjour service on your Mac or even your Windows devices.

And if you’re confused about the nature of the Bonjour app and service, don’t worry. You aren’t alone. We’re here to help you out.

In this article and guide, we’ll get into the details of the Bonjour service, what it’s used for, and why you might need it for your computer.

What Is The Bonjour Service On Windows 10?

Bonjour is both a service and a product. The Bonjour service offers zero-configuration networking, and the Bonjour app is what allows you to access the service. This is already built-in to Apple devices, but it is also compatible with Windows 10.

However, you have to install it before you can use the service. Don’t worry – it’s tiny, and you won’t have to increase the VRAM on your computer.

With Bonjour, your computer can easily discover devices and the services of these devices on a local network. The service uses mDNS service records, and it allows you to set up a network between devices such as printers without configuration.

This makes it much easier for people to establish networks and allows you to utilize the full connectivity capabilities of your devices. For many modern setups, the Bonjour service isn’t just convenient but can actually be necessary.

With that said, you may be confused about how the service works when you install the app. This is because, unlike other apps, Bonjour works in the background. Instead of you using it, the apps on your computer use Bonjour to communicate over a local data network.

An example of this is sharing an iTunes library. The iTunes app uses Bonjour to communicate between devices and create a shared music library between the devices.

And it isn’t just Apple apps that use Bonjour either. The Adobe Creative Suite 3 utilizes Bonjour along with Pidgin and Skype. These apps use Bonjour by connecting to a Wi-Fi network.

Is Bonjour Available On Windows 11?

One of the reasons Bonjour is so widely used is because it’s compatible with many different devices. While it’s primarily used for Apple, you can easily install Bonjour on Windows 10 & 11 and reap the same benefits and features. Later on in this article, we’ll be looking at the easiest way for you to install Bonjour on your computer.

Is Bonjour Available For Mac?

Bonjour isn’t just available for Mac computers but also built-in to most modern Apple computers. In fact, Apple has been using Bonjour for so long that it’s basically an integral part of the computer’s workflow. Common Apple apps such as Safari, iTunes, iPhoto, and even iChat all use Bonjour for communication.

With that in mind, it’s not the best idea for you to uninstall Bonjour on your Mac. This can lead to a lot of functionality errors that are hard to repair. On top of that, uninstalling Bonjour means that you won’t be able to use the computer to its fullest capabilities either.

What Does Bonjour Do?

The reason many people are left feeling confused about Bonjour is that it’s hard to determine what exactly the app does. This is mainly because the app runs in the background, as a silent but essential part of your computer’s system.

With that said, the app actually does a whole lot of tasks on your computer. This makes it much easier for your device to communicate with other devices and access a variety of services.

So, here’s a breakdown of a couple of the things Bonjour does when running in the background;

Name resolution is an essential aspect of device communication. Bonjour accomplishes this task by using local hostname configuration and mDNS. The public internet relies on the Domain Name System or DNS for naming websites.

When running on a local network, things are a bit different. But instead of troubling you with all these complicated tasks, Bonjour handles all name resolution concerns for you. If your device is Bonjour optimized, the name resolution feature allows for much smoother and more efficient communication between the different devices.

When facilitating communication between devices, Dynamic Host Configuration Protocol, or DHCP, is usually required. However, with Bonjour, you don’t need to do this anymore since it uses a “link local addressing scheme” to automatically assign addresses without DHCP.

Additionally, this works with both IPv4 and IPv6 IP addressing.

With that said, Bonjour works a bit differently on Windows. For IPv4 on Windows, Bonjour uses the 169.254.0.0 private network and native link-local addressing support for IPv6.

The thing about facilitating communication between devices is that it can take up a lot of your bandwidth consumption. This is especially true when using services that speed up communication and make the process much easier. With that said, Apple’s expert developer took measures to ensure that you won’t have trouble with your bandwidth when using Bonjour.

One of the biggest advantages of Bonjour is that despite how efficiently it works, it doesn’t eat up all your bandwidth. That way, you can still effectively set up communication between different devices without taking a major toll on your bandwidth consumption.

A lot of the time, you may not be able to use an app’s location services on your computer. However, if you wish to do this, Bonjour can enable these location services by creating an abstraction layer on top of the mDNS.

That way, you can use all the apps on your computer or laptop to their fullest potential. This is one of the major perks of using Bonjour and is a major reason you may want to consider installing it on your Windows device as well.

Why Do I Need The Bonjour App On Windows 10?

This depends on your own needs and the types of devices you have. If you operate a Windows device and don’t really use Apple devices or apps alongside it, then you won’t exactly need Bonjour. This is because Bonjour is designed to make it easier to integrate Apple apps and services.

However, if you regularly use iTunes, iPhoto, Adobe Creative Suite 3, or other similar services on your computer, you may need Bonjour. Additionally, if you want to connect your computer to your iPhone or Apple TV, you may need to install Bonjour before they become compatible.

While you can manually set up a network connection between Windows and Apple devices, this is pretty hard to do. On top of that, setting up manual networks requires some technical skills and knowledge that can be a huge hassle to learn.

However, if you have Bonjour, setting up a network between these devices is very easy. Remember, Bonjour offers zero-configuration networks, so you don’t have to do much to set up a network aside from installing the app.

It might be best to read up on the documentation of all the different software and programs on your computer. That way, you can see if it requires the Bonjour app to be used to its full potential.

If it does, then it might be time for you to consider installing Bonjour on your Windows device. After all, you don’t want to go through the hassle of manually setting up a network connection which can take a lot of time and cause some frustration.

With that in mind, it’s important to remember that Bonjour isn’t necessary for Windows devices. With Apple devices, removing Bonjour can result in some serious functionality issues. This will make it much harder for you to connect to different devices and utilize your apps.

But with Windows computers, uninstalling and installing Bonjour won’t really affect functionality that much, only when it comes to communicating with Apple apps and devices.

So, even if you install Bonjour on your Windows device and realize you don’t need it, you can uninstall it without any hassle or risk. Some apps may even be able to run just fine without Bonjour, but don’t be surprised if some bugs and errors arise here and there.

How To Install Bonjour

Another advantage of Bonjour is how easy it is to install. This isn’t a complex app that has a multi-faceted installation process. With that said, the downside to Bonjour is that it can be hard to find an installer for Bonjour only. For most people, the easiest way to download Bonjour on their Windows device is to download iTunes.

So, to start installing Bonjour, you need to head to the Apple website. From there, you can download iTunes and install it on your computer. To find the Windows installer, you have to scroll down on the page until you find the looking for options link.

Make sure to download the right version for your OS. The iTunes file is around 262MB, so it may take a couple of minutes to download, depending on how fast your internet is. After downloading, open the file to start the installation process.

In most cases, Apple provides a .rar file that you will have to extract manually. The zip file isn’t password protected, so the process will be very quick and easy. After extracting the file, you can find the Bonjour64.exe (Bonjour34.exe) file. Open this specific file, and the installation should start.

The Bonjour file is separate from the iTunes file, which is important to keep in mind. However, since you’ll probably be using iTunes on your computer anyway, it might be beneficial to install both files while you’re at it.

When installing Bonjour, all the installation instructions will appear on the screen. This makes it really easy for people to install the service even if they have never done it before.

And don’t worry – the whole process can be done on a normal Windows 10. You don’t need to upgrade Windows 10 from home to pro to get this to work.

How To Uninstall Bonjour

If you no longer need Bonjour on your computer, it’s fairly easy to uninstall it as well. To do this, you will need to go to the control panel. From there, you can go to programs & features. In this menu, you have to scroll through the options until you find the Bonjour application.

When you find the application, click it once. After that, the uninstall option will appear, which you have to click as well. Another window will pop up after that to confirm that you wish to uninstall Bonjour.

For most Windows computers, everything should work fine after uninstalling Bonjour. However, you may run into some bugs and functionality issues with certain apps that rely on Bonjour.

Conclusion – What Is Bonjour App Windows 10?

The Bonjour service makes it easy for your computer to communicate with specific devices. This was originally designed for Apple devices. But if you own a Windows computer and want to use Apple apps and devices, then you will need Bonjour to make the most out of them.

Luckily, Bonjour is very easy to install and uninstall. On top of that, since Windows computers don’t need Bonjour, you can remove the app once you don’t need it and use your computer normally again. 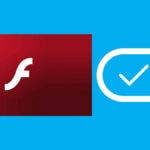 Daniel is a senior software engineer who loves following the evolution of technology. He began writing in 2015 and his published posts have been read more than 10 million times.