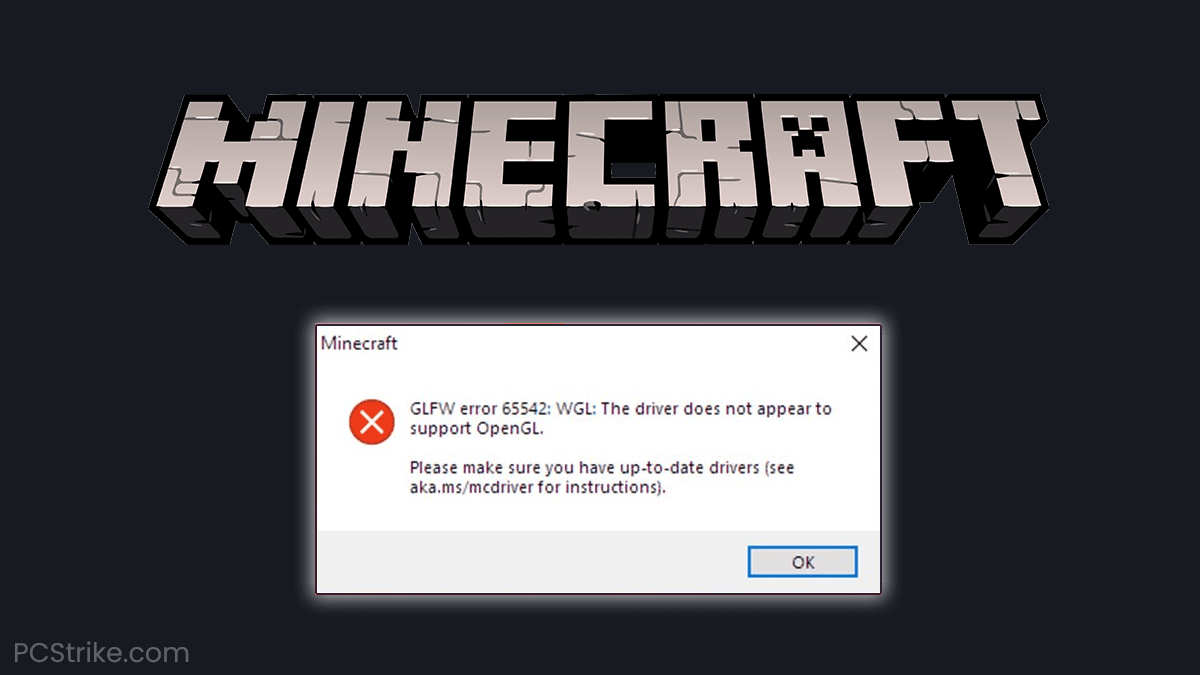 Minecraft is a rather complex game, and because of that, users can sometimes encounter various errors while trying to play.

Out of all possible problems one can experience, the GLFW Error 65542 is considered one of the more frustrating ones, as it entirely prevents the user from launching Minecraft.

Fortunately, this issue has already been solved many times, with easy-to-follow, proven, and working solutions.

In this guide, we’ll show you how to fix the Minecraft GLFW Error 65542 with ease.

Minecraft uses OpenGL, which is supposed to help with the rendering load your system experiences while running the game and, to some extent, increase performance, making your gameplay smoother and better overall.

Minecraft is not the only game running OpenGL. Many other games and programs use it too, meaning this specific problem can also be seen on community forums for other popular titles and software, such as Doom, Blender, and Adobe Photoshop.

When it comes to the Minecraft GLFW Error 65542, the reason you’re seeing it can be one of the following:

This issue also seems to be common on computers with a freshly-installed operating system, on which the chances of missing OpenGL files are greater.

Some users reported they couldn’t get into the game for months due to this error, were confused, and did not know what to do.

The GLFW Error prompt is shown in the image below.

This message suggests updating your graphics drivers, which could be a possible solution to the problem.

We explain how to do that and much more in the guide below, so make sure to carefully go through the sections to apply the fixes flawlessly.

As simple and “effortless” as it sounds, updating your graphics card driver can solve the Minecraft GLFW error 65542.

It helped many users, but for some, it didn’t work, as they reported already having the latest version of their GPU manufacturer’s released drivers when they encountered the error.

Either way, it’s worth trying, as you should always have the latest GPU drivers anyway. It helps with in-game performance and stability.

This helpful video should guide you through the entire process if you are unfamiliar with it.

After updating your GPU drivers, if the setup itself doesn’t “force” you to reboot your PC, we recommend doing so manually.

When your PC starts up again, try launching Minecraft and see if the problem is solved. If it’s not, don’t worry, as you’ve crossed your drivers out of the list of possible issues, and now there are other things to do to solve the problem.

Take a look at the following section below for more information.

When it comes to the Minecraft GLFW Error 65542, the fix with the highest success rate is the one where users download the “opengl32.dll” file and add it to their game’s root folder.

Although this method includes downloading a file from a third-party website, we guarantee it’s tested and safe for use.

Further proof of this would be this YouTube video guide, which covers the entire process from beginning to end, and has a great number of positive comments from satisfied users.

If you tried solving this error for quite some time and couldn’t find a solution, this has the most potential to finally help you get back to playing Minecraft.

Here’s what you need to do if you haven’t watched the video above:

Note: The path for your “jre” folder may be different if you’ve manually chosen an installation location for Minecraft during the setup.

Note: If you aren’t sure whether your system is 32 or 64-bit, you can check by opening This PC and then right-clicking on an empty area, then choosing Properties to open the System section, which contains basic information about your computer, as shown in the images below.

In our case, the computer used for this example has a 64-bit Operating System, which means that we’ll be using the “opengl32.dll” file from the 64-bit folder to fix the problem.

Once you copy the file, you should be able to launch Minecraft again and play with no further issues, as this fix helped thousands of users solve the GLFW Error 65542 for good.

One of the best things about Minecraft is how easily you can mod the game and alter your game experience completely.

This is something that many users do, and if you are one of them, you should be well aware of the potential stability issues that mods can cause.

The GLFW Error is rarely caused by corrupt or faulty mods, texture packs, and other game-altering files, but they can sometimes be the root of the problem.

Because of this possibility, we recommend temporarily deleting all your folders containing mods and throwing another attempt at running the game. If it works without the mods, you’ll have to go through the list and find the one causing the problem.

More on this matter in one of the sections of this guide where we cover dealing with a faulty Minecraft mod.

With that said, you now know how to deal with the notorious Minecraft GLFW Error 65542, which seems to be troubling many gamers.

Also, by updating your GPU drivers like one of the methods suggests, you can potentially solve or prevent other similar OpenGL issues in the future which aren’t directly related to Minecraft. 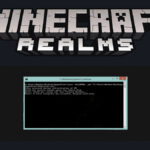