The Windows 10 Media Creation Tool is helpful in many ways. It allows users to quickly reinstall their Windows operating system if something is wrong with their computer, keep a hard copy of their OS for improved safety, and much more.

What exactly is this problem, and what does the error code indicate? More importantly, how can you get rid of it?

Don’t worry, we will cover this and much more in this guide.

Without further ado, let’s get started.

Although users have reported different experiences regarding this Media Creation Tool error on Windows 10, there are some things we know for sure:

With that said, you should save your money and not purchase a new USB flash drive in an attempt to solve this problem, as it’s likely that there’s nothing wrong with your current one.

The 0x80042405 – 0xa001a Media Creation Tool error is quite common, so you shouldn’t panic if you encounter it while trying to use this software.

Judging by comments from the Windows community, the MCT (Media Creation Tool) is one of the most helpful utilities but is also prone to bugs.

Now, to address the actual problem. There are a few things you can do, one of which is more of a workaround. Let’s take a look.

The Rufus Workaround – For Urgent Situations

As mentioned above, this isn’t exactly a direct fix for the problem, but it is a method that will work every time when you need it.

We recommend using this if you are in a hurry and need to find a way to create bootable media to fix your computer. If you don’t want to use any media creation tool other than the one from Windows, feel free to skip this workaround and move on to the fixes in the other sections below.

Rufus is an open-source tool that is useful when you need to create USB installation media from bootable ISO files or to work on a computer without an installed operating system. It doesn’t require any installation.

If you can’t seem to solve the Windows 0x80042405 – 0xa001a error with the Media Creation Tool, this method should save you a lot of time and frustration.

Again, if you don’t want to use anything other than MCT, here’s what you can do.

Fix 1: Copy The Media Creation Tool To Your USB Before Using It

This seems to be the fix with the highest success rate, and many users have confirmed it as a working solution for the 0x80042405 – 0xa001a Media Creation Tool Error.

All you need to do is download and place the Windows 10 Media Creation Tool directly onto the USB drive you intend to use as a bootable device.

If it’s already downloaded on your PC, simply move it to the USB device in question.

Then, run MCT from the USB itself and proceed to use it as you normally would (as though it was placed somewhere else on your PC).

This should fix the problem, and you will no longer encounter the error in question.

Fix 2: Run MCT As An Administrator

According to what users had to say, running the Media Creation Tool as an administrator helped them solve the problem.

This takes just two clicks which is why we recommend doing it. Even if it doesn’t help, you won’t have spent much time attempting it.

To do this, find the Media Creation Tool on your PC, which should be on your USB drive if you did what we suggested in the previous method, then right-click it and choose Run as Administrator.

The tool should now start, and you should be able to use it without experiencing the error.

The built-in Windows antivirus software will never flag the Media Creation Tool as a potential threat. This is no surprise as they are both created by Microsoft, and a file downloaded from the official Microsoft website is always safe to use.

However, third-party antivirus programs may flag it as a potential threat and quarantine it, which results in you being unable to use the tool.

That is why we recommend disabling everything but the built-in Windows 10 antivirus (Windows Security) before using the Media Creation Tool.

Some users said that not having enough space on their USB devices caused this problem to occur. To make sure you aren’t experiencing the problem for the same reason, manually delete some files from the flash drive or format it.

If your USB is already formatted as FAT32, try formatting it as NTFS and then attempt to use the tool once more. Some users reported success while using their USB in the NTFS format, while others said that formatting it to FAT32 helped them resolve the issue.

Try both and see if you have any success with them.

It is not particularly common for the problem to be related to your USB Port, but as it takes just a few seconds to check, we recommend doing it anyway.

This helped some users, but it didn’t work for others. It can only be a viable solution if there is a problem with your USB port. Try it anyway, as it might help you.

With all that said, you now know how to attempt to resolve the 0x80042405 – 0xa001a error that occurs when using the Windows 10 Media Creation Tool.

There has been no official answer from Microsoft on why exactly this happens, but many community members have done their best to troubleshoot and offer a few working solutions, which we tested and included in this guide. 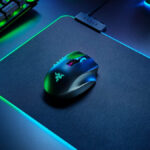