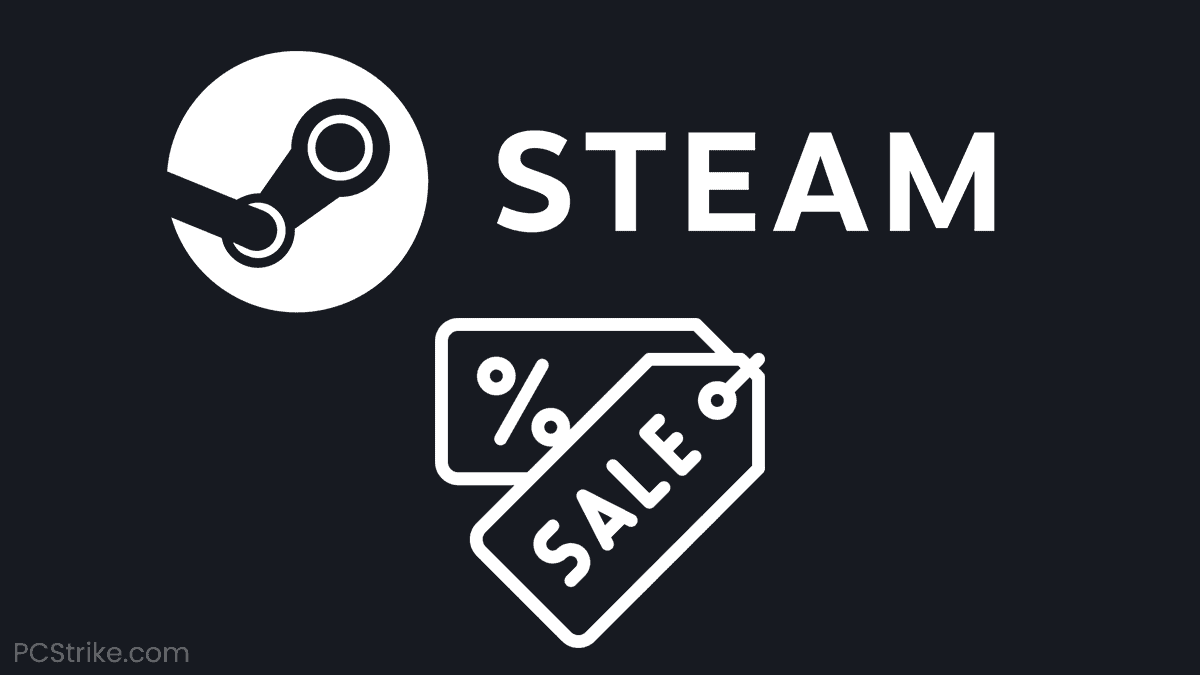 Steam is the world’s largest and most popular digital video game distribution platform. Owned and operated by The Valve Corporation, their daily active user count reaches far out into the millions, a truly astonishing number.

Steam has a lot to offer to its users, making it stand above the competitors in its field.

According to members of the Steam community, the regular sale events on the platform are among the main reasons that so many gamers choose Steam as their preferred place to buy games and DLC (Downloadable Content).

This guide will explain everything you need to know regarding Steam sales and should ensure you don’t miss the next one.

What Are Steam Sales And Why Should I Care?

Sales are a common sight at online retailers. However, when it comes to Steam sales, there’s usually a lot more to be excited about than just buying games at reduced prices.

A large part of Steam’s community culture is based on developing and leveling your profile, collecting badges, and displaying your achievements.

If you’ve read our guide in which we explore Steam’s level-up system, you already know that Steam sales are a great opportunity to increase your account’s XP. Some members of Steam’s community are quite serious about this, especially those who value perfecting their Steam profiles.

Even if this is of no interest to you, Steam sales are ultimately great opportunities to purchase games at really low prices. Whatever your motivation, every video game enthusiast should care about these events.

How can you ensure you don’t miss any? Read on to find out.

Before we discuss accurate dates for upcoming Steam sales, there’s something important to mention.

Steam doesn’t announce any sales or important events long before they happen. Dates are kept as a company secret. Sales also don’t fall on the same days every year, which is why it’s impossible to predict them with absolute certainty many days before they take place.

Sometimes, there are leaks on popular websites such as SteamDB, which is where most people get their information from.

We also know that large Steam sales happen every year with certainty. Their exact dates might be a few days off from the previous year, but so far there hasn’t been a year when Steam failed to host a major sale.

As for knowing exactly when they happen, once the exact dates are sent to partners and revealed to the public, we can inform you about the upcoming events with greater accuracy.

With all that being said, let’s take a look at what we know for sure about the ongoing Steam events in the following section below.

The last Steam sale (The Annual Steam Winter Sale) recently ended, and currently, there aren’t any other ongoing sales or events on the platform.

However, you can check the section down below to learn what’s coming next on the platform.

Staying informed about upcoming Steam sales and events ensures you get the best bang for your buck while expanding your game collection.

Steam sales are not all about discounts, though, as they are often accompanied by other interesting events.

The Next Steam Sale (Event)

The next Steam sale will be the Lunar New Year Sale which starts on the 27th of January 2022. It will last for more than a full week, ending on the 3rd of February.

Lunar New Year Sales are considered one of the most creative events on Steam, and this upcoming one is dedicated to the Tiger, so expect nothing but exciting in-game events for your favorite titles, great discounts, and a lot more!

After the Lunar New Year Sale ends, the next Steam event will be the February Edition of The Next Fest, starting on the 21st of February 2022, and ending on the 28th.

If you are a game developer, you can register your game’s demo for a tryout until December 6th.

The last sale event that took place on Steam was the annual Winter Sale.

This year’s Winter Sale started on the 22nd of December 2021, and lasted until the 5th of January 2022, which gave Steam users plenty of time to choose what they’ll be buying.

Besides the freezing-cold game discounts, this major event was accompanied by the much-expected game awards event, on which Resident Evil Village won the Game of The Year (2021) award.

You can see the rest of the awards in the other categories here.

If you somehow missed this year’s Steam winter sale, worry not, as there are many other events just around the corner that will also offer great buying opportunities.

The one before it was the popular, annual Steam Autumn Sale.

Along with the much-expected game discounts, the event was accompanied by even better buying opportunities thanks to the event being on the same week as the Black Friday sale.

But, that’s not all.

This edition of the Autumn Sale offered quite a lot to the passionate collectors on this platform too!

With every purchased item during the event, users earned Steam Points Shop illustrated by the popular artist Murugiah. The graphics for the entire Autumn Sale are created by the same artist as well, which gives quite a lot of collector’s value to these decorative items.

Users could earn and spend the points in the shop to purchase decorative virtual items for their profiles.

The Steam Autumn Sale event was accompanied by the sixth annual Game Awards nominations event, during which users could choose their favorite games for the final voting phase during the Winter Sale.

Nominating games is free and grants awards to users who do it, which further explains why this is one of the most sought-after events on the platform.

When Is The Steam Summer Sale?

Every year, Steam organizes two large sales, one of which is the Summer Sale, where games can have their price reduced by as much as ninety percent.

Usually, the Steam Summer Sale is accompanied by other mini-events, where you can earn rare collectibles, badges, emotes, and much more.

Given the major discounts and the fact that many gamers have far more free time during the summer, this is easily one of the most anticipated events on the entire Steam platform.

Like the other events on Steam, we can’t know exactly when the Summer Sale will take place. We can guess but, until the exact dates are publicly revealed by Steam, nobody knows for sure.

The Steam Summer Sale dates are usually confirmed a few weeks before it starts.

Judging by previous events, the Summer Sale will likely occur between late June and early July. However, we can’t say this with certainty.

When Is The Steam Winter Sale?

The Steam Winter Sale is the other major sale of the year, alongside its summer counterpart. This event is usually accompanied by a lot of New Year-themed content, exciting releases, and, most importantly to many gamers, major discounts.

Being one of the two largest sales on the platform, the exact starting and ending dates are kept secret and only released to the public not long before the event takes place.

Usually, the Winter Sale begins a few days before New Year’s Eve and lasts for about a week after it. As with the Summer Sale, the event is often accompanied by smaller mini-events where you can earn collectible rewards.

If you have a lot of spare time during the winter holidays, keep a close eye on the Winter Sale, as some of the discounts offered will make you freeze with excitement.

How Long Do Steam Sales Last?

Steam sales and events happen quite often, but not all of them are the same.

Some events will only last for a couple of days, while the two largest sales, such as the Steam summer and winter sales, last for approximately two weeks.

Other Steam sales based on popular real-world events, such as Black Friday and Lunar New Year, can last for an entire week.

With that being said, the two winners for the most awaited events category on this platform remain to be the annual winter and summer sales.

Expanding your Steam library collection is no doubt one of the most enjoyable hobbies if you’re a video game enthusiast. However, this costs money, and if you want to be successful in it long-term, you should start considering using your funds strategically.

Steam sales are often present to brighten our day with glorious discounts, and here’s how you can get the most out of them.

In the heat of a Steam sale when rapid purchasing is what most users do, it’s quite easy to lose track and miss the game you’ve been waiting to go on sale for so long.

That is why it’s so important to add games to your wishlist, so when they go on sale you’ll be notified via an e-mail and a notification in the Steam client as well.

Get Familiar With Seasonal Steam Events

As we already mentioned, there isn’t a way to predict the exact dates of Steam sales up until a few days before they happen. But, as most sales are based on a real-world season or event (Halloween, Black Friday, Lunar New Year, etc.), you can get a sense of when approximately they’ll happen.

So, if there’s a game you wish to purchase so much, but you know there might be a sale next week, it’s usually better to wait until the discounts arrive and purchase two or three games for the price of one.

In the long term, this will help you build a rich game collection.

Look Out For Publisher Bundle Sales

Publisher Bundle Sales happen even when there aren’t any ongoing Steam events, and they happen to be one of the best deals when it comes to getting the best bang for your buck.

Publisher Bundle Sales can include dozens of games for a really low price, so if you know the publishing company is nearing a birthday, celebration, or a special event hosted by them, expect something like this to show up in your Steam store.

Knowing exactly when the next Steam sale will take place is very helpful, as you can save money and prepare your wishlist. Unfortunately, it isn’t possible to make perfect predictions as Steam doesn’t confirm the events far in advance.

On the other hand, you can make an educated guess as Steam is generally consistent with the periods during which they organize their sales. 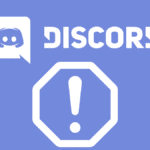 How To Report A Discord Server
Related Topics Tags